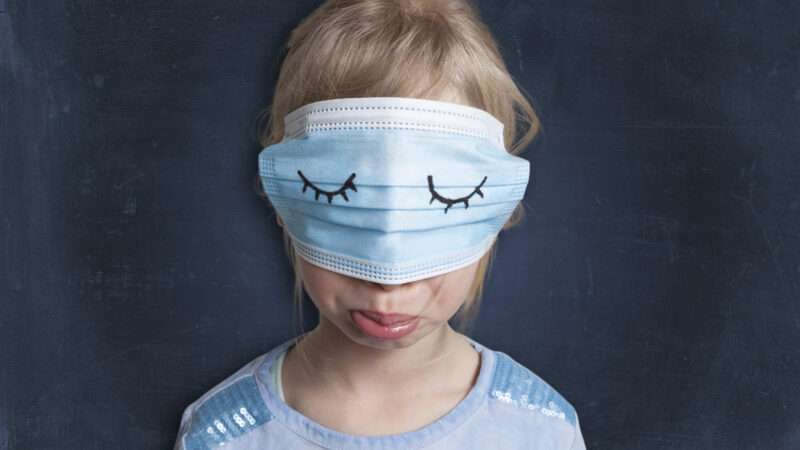 Parents balk over toddler interviews by mask police. If California authorities wanted to know Aspen Leaf Preschool’s masking policy, all they had to do was look at the school’s website. Instead, they conducted what the school’s owner called a “simultaneous, multi-school raid” at Aspen Leaf’s three locations to check on student masking and question preschoolers about their experiences.

Since last summer, the San Diego preschool has not made children wear masks. “We were open the whole pandemic about not masking children and the reasons why,” owner Howard Wu told Fox News Digital. “The policy was on our website. Put simply, the mask guidance says children can NOT mask when eating and sleeping. In full day child care that’s 3 hours, so masking at other times offers no health benefit. All the families (except 1 in January) supported the policy.”

Wu is now speaking out—in the media and on his own website—about the visits from the California Department of Social Services (CDSS), which took place on January 19. Members of the department’s licensing division privately interviewed kids as young as 2 about whether they had to wear masks.

Wu called these interviews “unnecessary and inappropriate.” The school was open about not requiring masks; there was no need to question preschoolers before issuing a citation. “They could have issued us a citation in 5 minutes and let us take our challenge up through the proper channels,” he told Fox. “The simultaneous multi-school raids and the child interviews just felt like a power play.”

In a complaint about the agency, Wu quoted parents who did not appreciate having their small children questioned by state authorities.

“I understand that while the licensing agency is authorized to conduct private interviews with the children—this authority was put in place and intended for use when there is a situation of possible abuse, which is ENTIRELY absent from this situation,” commented one parent.

“I do not feel this interview served my child’s safety or well-being, and I believe it may have given a harmful impression about her obligations to speak with strange adults in private without known caretakers present,” commented another.

Wu also suggested that the Social Services department doesn’t have the authority to enforce the California Department of Public Health’s mask mandate.

The department, however, disagrees. It said in a letter to Wu that it is authorized to “enter and inspect a licensed child care facility at any time, with or without advance notice, to secure compliance with, or prevent a violation” of any laws or regulations. Aspen Leaf Preschool has been issued a Type A Citation, which the department describes on its website as “the most serious type” of violation, “in which there is an immediate risk to the health, safety, or personal rights of those in care.”

The school is appealing the citation. But for now, it’s making children ages 2 and up wear masks.

Russian tactics in Ukraine are getting even more abhorrent, with Russian forces on Wednesday bombing a maternity hospital in Mariupol. Ukrainian President Volodymyr Zelenskyy said the bombing was “proof that a genocide of Ukrainians is taking place.”

“Perilous conditions were getting worse in several Ukrainian cities where Russian forces were closing in, increasingly striking civilian targets and leaving people trapped without basic needs like water, food, heat and medicines,” The New York Times reports. “In the halting efforts to evacuate, thousands of people were able to flee the city of Sumy, but in other cities, for the fourth day in a row, Ukrainian officials said that Russian shelling thwarted most attempts to create safe corridors for escaping civilians.” More from the Times:

At the defunct Chernobyl nuclear power plant, seized by Russian troops in the days after President Vladimir V. Putin ordered the invasion, the outside electricity supply was cut off, threatening the ability to safeguard the nuclear waste stored there, the International Atomic Energy Agency said. For now, the plant has backup power and no radiation leaks have been detected, the agency said, but its warnings signaled that Chernobyl, site of the worst nuclear accident in history, could once again pose a threat to the region.

The Russian MoD has confirmed the use of the TOS-1A weapon system in Ukraine. The TOS-1A uses thermobaric rockets, creating incendiary and blast effects.

Watch the video below for more information about this weapon and its devastating impact.

Ukrainian and Russian authorities were once again in talks today, in Turkey, but no progress on a ceasefire was reached.

“From a perch in the West, it’s easy to see a world standing against Russian President Vladimir Putin,” but “look deeper, though, and the suggestion that Putin is isolated may still be something of a Western bias,” write Anthony Faiola and Lesley Wroughton at The Washington Post.

Wyden seeks data on DHS financial surveillance. Oregon Democratic Sen. Ron Wyden is calling out the Department of Homeland Security (DHS) for its “indiscriminate and bulk surveillance” of money transfers between Americans and people in Mexico. Wyden sent a letter to the DHS inspector general about the Homeland Security Investigations (HSI) program, which ended this past January after launching in 2019. February 2022 “was the first time anyone in Congress had been told about the program,” in which HSI “used its customs summons authority…a type of administrative subpoena—to conduct bulk surveillance of Americans’ financial records,” wrote Wyden.

HSI told Wyden’s staff that it “used custom summonses to obtain approximately six million records about money transfers above $500, to or from Arizona, California, New Mexico, Texas and Mexico.”

Worried about Biden’s cryptocurrency order? Don’t be. I hate to use the word “nothingburger,” but that’s probably the best way to describe the new (and much hyped) executive order on cryptocurrency that President Joe Biden signed yesterday. You can find the whole thing here. It requires various federal agencies and staff to study various aspects of digital currency and submit reports.

• The first person to receive a heart transplant from a pig has died, two months after the operation.

• Today in performative sanctions: The Cardiff Philharmonic Orchestra will “remove music by Pyotr Ilyich Tchaikovsky, the Russian composer, from its all-Tchaikovsky concert, calling it ‘inappropriate at this time.'”

• Lactation consultant Mary Jackson and the public interest law firm Institute for Justice pushed back against a 2016 Georgia law that made obtaining a specific international association’s license the only way to legally work as a lactation consultant in the state. Now, a state judge has declared the lactation-consultant licensing law unconstitutional.

• The U.S. Senate just passed a plan for a major overhaul of the Postal Service—to the tune of $107 billion. The measure now heads to President Joe Biden, who is expected to sign.