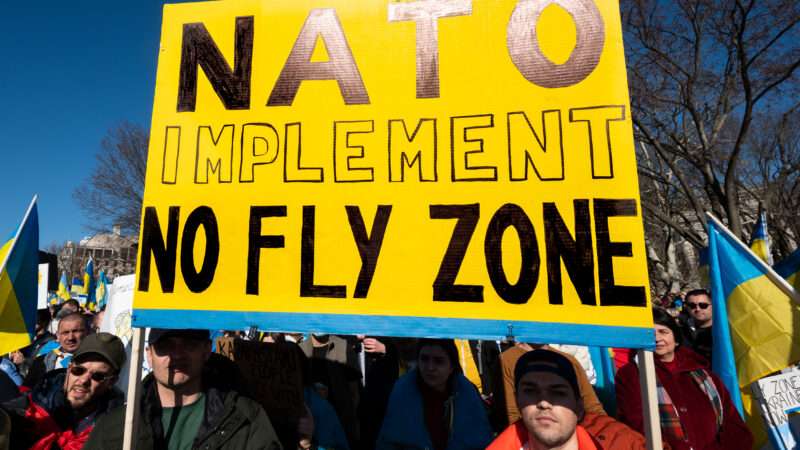 Millions of people have watched the Russian invasion of Ukraine unfold with profound sadness, anger, and frustration. Ukrainian President Volodymyr Zelenskyy and Kyiv Mayor Vitali Klitschko have received praise from around the world for being modern-day George Washingtons battling for freedom against the powerful imperialists.

Military conflict is rife with injustice, suffering, and death. It is a cold and brutal reality where good intentions can often fail or make the situation worse.

That is why it is critical for the U.S. and our allies to be driven by objective and sober-minded strategic reasoning as we respond, which means guarding against the irrationalism that can be the result of well-intended but emotional decisions.

As Ukrainians flee their homes or take up arms to defend their communities, many people feel an instinct to help. After watching civilians hunker down in subway stations against aerial assaults, U.S. members of Congress were swayed and began to take seriously Zelenskyy’s call for America to institute a “no-fly” zone for Russian aircraft in order to ostensibly help Ukraine “defeat the aggressor.”

The desire to protect civilians is noble, but in a recent interview with Foreign Policy, General Philip Breedlove, former supreme allied commander for NATO operations, detailed how the tactical realities of setting up and enforcing such a zone would be far too risky. “You have to be willing to use force against those who break the no-fly zone,” says Breedlove, “if you are going to fly coalition or NATO aircraft into that no-fly zone, then we have to take out all the weapons that can fire into our no-fly zone and cause harm to our aircraft.” Instituting a “no-fly” zone over Ukraine would require disabling Russian radar and communications, air defense weapons systems, and ultimately lead to attacking any Russian aircraft in the designated area.

Breedlove believes establishing a “no-fly” zone would be “interpreted as an act of war” by many. Nor would it help to avoid reaching the top of the escalation ladder: nuclear attack. This past weekend, Russian President Vladimir Putin placed his country’s nuclear forces on “high alert.”

The risk of escalating this conflict into a nuclear standoff is far too real to let emotions get in the way. Knowing the consequences, Breedlove still supports a “no-fly” zone. When pressed about it, he responded, “Are we going to sit and watch while a world power invades and destroys and subjugates a sovereign nation?” And Breedlove isn’t the only one calling for a “no-fly” zone over Ukraine. Last week, Rep. Adam Kinzinger (R-Ill.) tweeted, “The fate of #Ukraine is being decided tonight, but also the fate of the west. Declare a #NoFlyZone over Ukraine at the invitation of their sovereign govt.” Kinzinger’s tweet was met with intense criticism from other members of Congress, veterans, and analysts—rightfully so. Examining national interests requires level-headedness no matter how heart-wrenching a situation is.

In 2011, the world watched as emotional decision making reared its ugly head in Libya. During increased civil unrest, reports indicated that Libyan leader Moammar Gadhafi’s military forces were poised to use aerial attacks on innocent civilians. NATO executed a “no-fly” zone with United Nations authorization, which elevated the conflict to a full civil war. Thousands died over a span of just a few years—including U.S. Ambassador J. Christopher Stevens. Libya turned into a breeding ground for terrorism with an unrelenting refugee crisis. Both problems persist today.

Letting emotion drive foreign policy is short-sighted, especially when actions driven by short-term vision can have serious long-term harm. Washington’s responsibility is to keep Putin’s invasion of Ukraine from escalating into something that threatens the lives and freedoms of Americans. Anything beyond that, no matter how noble, falls outside U.S. security interests and risks jeopardizing that primary objective.

The post Cooler Heads Must Prevail in Ukraine appeared first on Reason.com.