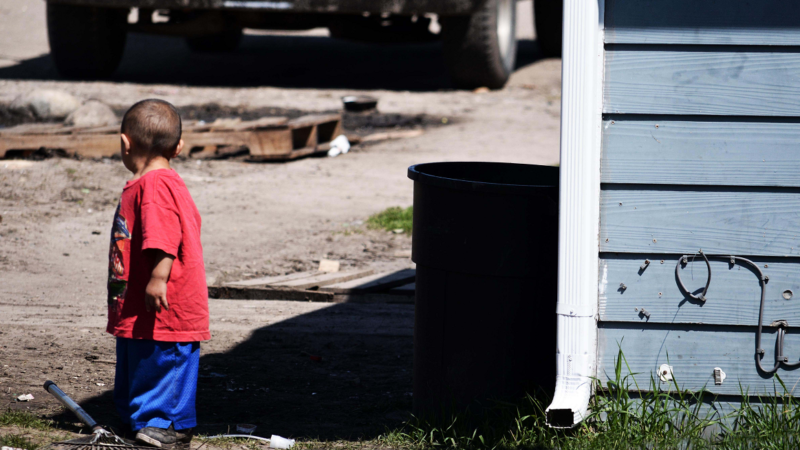 The Supreme Court announced Monday that it would hear a lawsuit challenging the constitutionality of the Indian Child Welfare Act (ICWA), a 44-year-old federal law governing child welfare, foster care, and adoption for children who qualify as “Indian.” The case—which resulted in more than 300 pages of conflicting opinions in the lower court—began when a Native couple in Texas was unable to care for their child and agreed to have him adopted by a white family named the Brackeens. That triggered a legal showdown involving controversial aspects of the law: the ICWA treats “Indian children” differently than black, Asian, Hispanic, and other minority children, and it flouts longstanding principles of federalism by commanding state officials to enforce federal mandates.

To understand these controversies, consider the rules governing the termination of parental rights. Under the laws of every state, child welfare officers can sever an abusive parent’s rights if there’s “clear and convincing” evidence that the child is at risk. But the ICWA says that in cases involving “Indian children,” state officers must instead prove that risk “beyond a reasonable doubt” with the testimony of expert witnesses. That’s a stricter standard than applies even in criminal law, where expert witnesses aren’t required. By demanding more evidence of harm, the ICWA effectively requires that “Indian children” be more abused than kids of other races before officials can rescue them. And because termination of rights is usually necessary before a child can be adopted, this higher standard means it’s easier to put someone on death row than to find an adoptive home for an “Indian child.”

That phrase is in quotation marks because the ICWA defines “Indian child” not only as children who are tribal members but also as children who are eligible for membership and whose biological parent is a member. That means a child with no cultural connection to a tribe can still be deemed “Indian” based exclusively on her biological ancestry—whereas a child who is fully acculturated to a tribe might not be, solely due to the blood in her veins.

In Morton v. Mancari (1974), the Supreme Court said laws treating tribal members differently from non-members don’t violate constitutional rules against race-based legislation, because tribal membership is a political, not racial, category. But the ICWA applies based on ancestry, not membership; it even applies to kids who never become tribal members. That means it’s a racial, not political, distinction.

Also, the ICWA does not apply on reservations—it only governs states. And it does so in perverse ways. Consider, for example, its “active efforts” rule. Every state’s laws provide that if the government takes a child from a dangerous home, it must make “reasonable efforts” to assist the family and return the child. That means providing the parents with social services to help them improve their situation. But this is not required in cases involving “aggravated circumstances,” such as sexual molestation—which makes sense: it would be wrong to send kids back to situations where officials know they will only be harmed again.

Yet the ICWA requires just that. It requires “active efforts,” not “reasonable” efforts, and this is not excused by “aggravated circumstances.” This means “Indian children” must be returned, time and again, to homes child protection officers know are abusive. The results have often proved fatal.

In 2014, for example, a newborn named Antonio Renova was taken from his abusive parents and placed in foster care with a family that gave him a safe and loving home for four years. Had he been from Japan or Kenya, they could have adopted him. But Antony was of Crow heritage, so his case was governed by the ICWA. When his foster parents sought to adopt him, a tribal court ordered him returned to his birth parents instead; months later, they beat him to death.

Oklahoma officials knew that 5-year-old Declan Stewart was being abused by his mother’s boyfriend. If he had been Australian or Mexican, they could have rescued him—but because he was Cherokee, the ICWA’s “active efforts” requirement forced them to return him to the home, where in 2007 he was raped and murdered.

Even where the outcomes of the ICWA’s rules are less extreme, it inflicts horrendous harm on children. In the headline-grabbing “Lexi” case, a 6-year-old California girl, whose last full-blooded Choctaw ancestor was her great-great-great-great-grandfather, wept as she was snatched from the arms of the foster family who had cared for her for four years. She was sent to live with non-relatives in Utah—a fate that would have been illegal, had she been white.

In 2016, a tribal court near Phoenix ordered that a 5-year-old Ohio boy be taken from the foster family with whom he had lived for nearly his whole life and sent to live with strangers on the reservation instead—despite the fact that he had never even been to Arizona. Fortunately, a state court blocked that outcome. But in a separate case now pending before the Alaska Supreme Court, a tribal court ordered another 5-year-old boy to be taken from the foster family he lived with for four years and sent to New Mexico instead—even though the child is from a different tribe than the one that issued the order. His blood relatives in Alaska haven’t heard from him since.

Seizing a child from the only family he has ever known inflicts shocking psychological damage, but regulations recently adopted by the Bureau of Indian Affairs forbid judges from considering such trauma when presiding over an “Indian child’s” future.

Obviously, state child services systems also have many problems, and for the state to intervene in family relationships—particularly to take kids away from parents—is an extreme step, one that should be reserved for truly drastic situations. Indeed, the ICWA was supposedly adopted to redress the injuries that had been inflicted on Native families by overzealous state agencies that targeted Native parents out of a program of forced assimilation with white society. But the ICWA fails to resolve that problem: rather than improving care for at-risk kids, it worsens it by denying Native children the legal guarantees against abuse that kids of other races enjoy. Rather than ensuring that “Indian children” don’t need foster care or adoption, it simply makes it harder for kids to obtain these protections when needed.

In fact, by applying the “active efforts” rule in intra-family disputes, the ICWA even deprives Native parents of the right to protect their own children from harm. In a 2016 Washington case, for example, a tribal mother sought to terminate the rights of her abusive ex-husband, a non-Native violent criminal, so that her new husband, a tribal member, could adopt her son. But the court ruled that she was nevertheless required to satisfy the “reasonable doubt” rule. In other words, the ICWA did not prevent the breakup of this Native family; it prevented the formation of this Native family for the benefit of an unfit, non-Native father. In a 2017 Arizona case, a tribal father sought to terminate the rights of his ex-wife due to her alcoholism and neglect, but state courts ruled that he was required to make “active efforts” to reunite her with the children. In other words, federal law forced him to put his children in the care of the person he considered incapable.

Regarding constitutionality, the Supreme Court has made it clear that while Congress can override state laws, it cannot compel states to implement federal laws. The ICWA, however, does just that—in fact, it’s the only federal law that is enforced only by state officials. That’s why a federal court struck down portions of the ICWA in the Brackeens’ case last spring.

The Supreme Court has also held that the government may not deprive parents of their fundamental right to make choices about their children’s safety. Yet, the ICWA lets tribal bureaucrats override the decisions of Native parents. In the Brackeen case, for instance, the biological parents agreed to have their child adopted by the Brackeens, who have been caring for the child for nearly his whole life. But the ICWA allowed tribal officials to veto the parents’ decision and order the child sent to live with strangers on the Navajo reservation instead—a fate narrowly averted when a state court intervened. (Children such as “Lexi” have not been so lucky.)

What’s more, the ICWA imposes racial limits on foster care and adoption, requiring that “Indian children” be placed with “Indian” adults—regardless of their tribe—instead of adults of other ethnicities. That means a Navajo child must be placed with a Cherokee or Seminole family instead of a white or black family, despite the immense cultural differences between these tribes. Simply put, the ICWA is based on the concept of “generic Indianness”—a racial classification imposed on indigenous Americans by white settlers centuries ago.

Perhaps the ICWA’s most shocking feature is that it overrides the longstanding “best interests of the child” rule. That rule requires judges to evaluate each child’s specific needs in his or her unique circumstances. But the ICWA imposes a one-size-fits-all presumption that every “Indian child” belongs with other “Indians.” Texas and California courts have even concluded that there are two different “best interest” rules: one for white, black, Asian, or Hispanic kids, which prioritizes their individual needs—and a separate but equal one for “Indian” kids, which views their individual needs as less important than the desires of tribal governments.

The history of state and federal treatment of Native Americans is dismal, sometimes horrifying, and there’s no doubt that the ICWA was passed with the good intention of preventing abusive practices such as forced assimilation. But by depriving children of the legal protections they need, based exclusively on their biological ancestry, the ICWA actually stands as the most recent example of policies Congress claims will “help the Indian,” but really only make things worse. Native American kids are the most at-risk demographic group in the United States; they are more likely to suffer from abuse, neglect, alcoholism, drug abuse, gang membership, and suicide than any other demographic. The ICWA presents a major obstacle to efforts to protect them. It’s time the Supreme Court vindicated their right to equal treatment.

The post How the Government Keeps 'Indian' Children From Loving Homes appeared first on Reason.com.