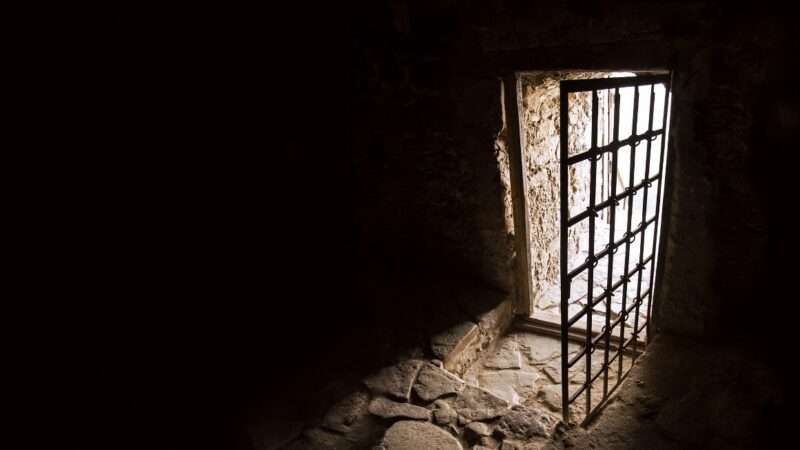 Wrongfully imprisoned persons lost a total of 1,849 years of their lives before being cleared in 2021, according to the newly released annual report from the National Registry of Exonerations.

Last year, 161 people were exonerated for crimes ranging from drug dealing and possession all the way up to murder. People wrongfully convicted of murder made up nearly half of the exonerations, with 75 in all. An average exoneree served 11.5 years in prison before being cleared and freed.

This year marks the 10th anniversary of the Registry—a product of the law programs at the University of Michigan, Michigan State University, and the University of California, Irvine’s Newkirk Center for Science and Society. Though the registry is only 10 years old, the exoneration records it uses to calculate total numbers and trends go back to 1989. Since 1989, the Registry has counted more than 3,061 exonerations. Taken together, those prisoners lost nearly 27,000 years of life before being exonerated.

As with the Registry’s last annual report, official misconduct by prosecutors or police played a huge role in explaining how innocent people end up behind bars for years. Official misconduct played a role in 102 of last year’s exonerations. In more than three-quarters of the murder cases that ultimately led to exonerations in 2021, misconduct contributed to the false conviction.

The report notes that the role misconduct plays in faulty convictions has increased in part due to increases in exonerations for drug-related cases and also as result of greater understanding by the public and the courts about bad police behavior:

A majority of those drug cases involved perjury or false accusation, mainly by police officers who framed innocent people. But the increase also represents increased awareness by courts of other kinds of official misconduct, such as forensic fraud and the failure by police and prosecutors to disclose exculpatory evidence.

Illinois ended up being the state with the most exonerations (38) because of this police corruption. The state is still finding innocent people framed by a group of crooked Chicago cops led by Sgt. Ronald Watts. In 2017, Illinois had its first “mass exoneration” of 15 men who had been falsely convicted based on misconduct by Watts, who was involved in hundreds of convictions that are still being examined. In 2021, another 14 people convicted by the tainted conduct of Watts and his officers were exonerated.

In 2021, the Registry takes note of another mass exoneration in New York City. There, allegations of misconduct and perjury charges against former New York Police Officer Joseph Franco led to prosecutors either dropping charges or vacating the convictions of more than 450 defendants in 2021 and 2022. Those numbers aren’t included in the report’s 2021 stats, but it’s an example of how greater understanding of police misconduct is drawing attention to the horrible excesses and harms of the war on drugs.

The Franco cases also highlight the critical role prosecutors—when they actually care about ethics and innocence—can play in exonerations. The 2021 report notes that conviction integrity units in prosecutors’ offices have participated in about 20 percent of all the exonerations in the Registry. They’ve become very important in getting courts to cooperate in efforts to get people out of prison when they turn out to be innocent. So when Virginia’s new attorney general came into office in January and dumped the entire conviction integrity unit in one fell swoop, people were concerned that there would be less interest in releasing innocent prisoners. Attorney General Jason Miyares said that he’s actually expanded the unit and now calls it the “Cold Cases, Actual Innocence and Special Investigations Unit.”

But at the same time, Miyares has withdrawn support for a 78-page report by his predecessor, former Attorney General Mark Herring, that sought to clear Terrence Richardson. Richard was sentenced to life in prison for drug crimes and involuntary manslaughter. Though he was found not guilty by a federal jury of killing a police officer in 1998, a judge nevertheless used his involuntary manslaughter guilty plea to sentence him to life in prison.

Richardson’s attorney has filed a writ of actual innocence with the court to try to get Richardson’s manslaughter conviction tossed, and the unit under Herring had supported the effort. But after taking office, Miyares formally reversed the state’s opinion on the matter and now argues that Richardson is not eligible because he pleaded guilty to the manslaughter.

It’s an example of how prosecutors can get in the way of exonerations—using the complicated rules of the court to keep people behind bars even if there’s evidence that they’re innocent. An appeals court could decide in May if Richard can join the ranks of exonerees.

The Registry notes that unlike what we’re seeing in Virginia, conviction integrity units are proving their worth elsewhere. In 2021, six units reported their first exonerations, including a newly created unit in Orleans Parish, Louisiana. That is a positive trend. It’s tempting to look at all the years lost in these reports and despair, but more prosecutors are showing that they’re willing to look backward and correct these mistakes.

The post Imagine Having a Decade of Your Life Erased. It Happened to 161 People Exonerated from Prison in 2021. appeared first on Reason.com.