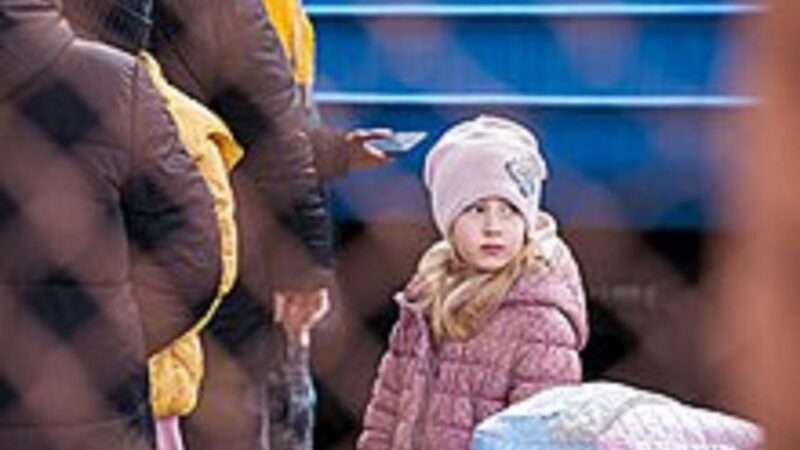 The Globe and Mail, one of Canada’s leading papers, just published my op ed (coauthored with Canadian immigration policy expert Sabine El-Chidiac of the Institute for Liberal Studies) on how Canada can “do good and do well” by opening its doors more widely to Ukrainian and Russian refugees. As we note, Canada’s policy in this field has been significantly better than that of the United States. But it, too, can do more:

Russian President Vladimir Putin’s war of aggression against Ukraine has forced more than 4.5 million people to flee that country, in one of the largest refugee crises since the Second World War. At the same time, many thousands of Russians are also trying to flee Mr. Putin’s increasing oppression, which has included a near-total shutdown of independent media and new laws that criminalize calling the conflict in Ukraine a war or invasion.

So Canada and other Western nations have moral and pragmatic reasons to do more to open their doors to Ukrainian and Russian migrants alike….

The moral case is obvious: it is wrong to turn away people facing indiscriminate bombing and shelling, and – in some areas – the prospect of prolonged occupation by Russian forces. Canada has a long, if imperfect, history of welcoming refugees escaping oppression and war, including Russians, Hungarians and othersfleeing Soviet communism. Today’s Ukrainian and Russian refugees are no less worthy of consideration….

Canada’s government has already taken important steps to welcome Ukrainian refugees, such as allowing them to stay in the country for up to three years (which can potentially be extended), and offering work permits. More recently, Ottawa announced additional measures for those coming through this temporary program including targeted charter flights, short-term income support and temporary hotel accommodations for up to two weeks. But while Canadian policy on Ukrainian refugees is ahead of that of the United States in many respects, more can be done, including making legal residency status and work permits permanent, creating a distinct pathway to permanent residency for Ukrainians who wish to stay here permanently and offering the full slate of services extended to refugees….

While Canada and other countries have done much to help Ukrainian migrants, virtually nothing has been done to assist the many thousands of Russians fleeing Vladimir Putin’s ever-accelerating repression. This neglect is both unjust and strategically short-sighted.

Indeed, opening Western doors to Russian migrants would also help secure victory for liberal democracy in the “war of ideas” against Mr. Putin’s authoritarian nationalism and can “drain Putin’s brain” by denying him the skilled labour he needs for his war machine. It would be a powerful signal of liberalism’s superiority over Putinism, and a counter to Kremlin propaganda to the effect that Western nations are enemies of the Russian people, not just the regime. During the Cold War, Canada and the U.S. welcomed refugees from communism in part for this very reason.

I made a similar case regarding US and European Union policy in my March 8 New York Times article on this topic. In that article, I addressed a number of counterarguments we could not cover in the Globe and Mail piece, because of the latter’s tighter word limits. For example,  I responded to claims that accepting Russians and Ukrainians would create espionage and security risks, and that doing so would be unjust because the US and other Western nations have been less open to refugees from other conflicts and oppressive regimes.

The post New Globe and Mail Article on How and Why Canada Should Open its Doors to More Ukrainian and Russian Refugees appeared first on Reason.com.