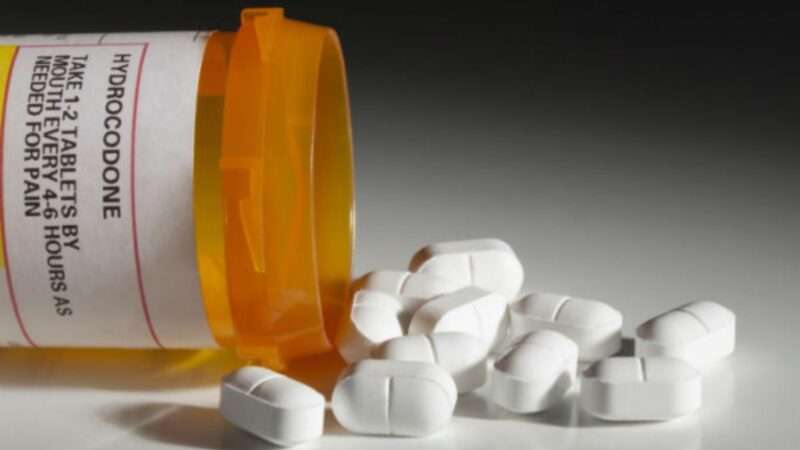 Under 21 USC 841, it is a felony for “any person” to “knowingly or intentionally” distribute or dispense a controlled substance “except as authorized by this subchapter.” Yesterday the Supreme Court considered how that language from the Controlled Substances Act (CSA) applies to physicians accused of prescribing opioid pain medication “outside the usual course of professional medical practice.” That issue is important for patients as well as doctors, because the threat of criminal prosecution for deviating from what the Drug Enforcement Administration (DEA) considers medically appropriate has a chilling effect on pain treatment.

The CSA authorizes physicians with DEA registrations to prescribe controlled substances. But according to a CSA regulation, a valid prescription “must be issued for a legitimate medical purpose by an individual practitioner acting in the usual course of his professional practice.” Grammatically speaking, Justice Samuel Alito argued, the phrase “knowingly or intentionally” cannot be read as applying to deviations from that ambiguous standard. Justice Stephen Breyer disagreed.

Regardless of whether Alito or Breyer is right on that point, most of the justices seemed to agree that “the presumption of scienter”—some degree of intent or knowledge—applies when the government seeks to imprison doctors based on their prescribing practices. Even if the CSA does not explicitly require that a doctor “knowingly or intentionally” departed from accepted medical practice, Justice Neil Gorsuch noted, one could still argue that “the ‘except’ clause has to have some mens rea element to it, because it’s what distinguishes lawful from unlawful conduct.”

Even Deputy Solicitor General Eric Feigen, who was defending the federal government’s position on how the CSA should be applied to prescribers, conceded that point. Feigen argued that the proper test is whether a doctor made “an honest effort” to “practice some recognizable form of medicine.”

By contrast, the U.S. Court of Appeals for the 11th Circuit has held that a physician’s “good faith belief that he dispensed a controlled substance in the usual course of his professional practice is irrelevant” to the question of whether he violated the CSA. Based on that reading of the law, the 11th Circuit rejected the appeal of a Mobile, Alabama, pain specialist who was sentenced to 21 years in federal prison for writing opioid prescriptions that deviated from accepted practice. According to the 11th Circuit, it did not matter at all whether the defendant, Xiulu Ruan, sincerely believed that he was doing what a doctor is supposed to do.

That decision is one of two involving physicians convicted of drug trafficking that the Supreme Court is reviewing. In the other case, the U.S. Court of Appeals for the 10th Circuit likewise held that a doctor’s good faith has no bearing on the question of whether his prescriptions were written in “the usual course of professional practice,” which it said must be determined “objectively.” That case involves Casper, Wyoming, physician Shakeel Kahn, who was sentenced to 25 years in prison.

Justice Brett Kavanaugh was clearly troubled by the implications of those decisions. “The doctor may have violated that objective standard but might have legitimately thought that the standard was somewhat different,” he observed while questioning Beau Brindley, the attorney representing Kahn. “In those circumstances,” Kavanaugh said, summarizing Brindley’s argument, the doctor “should not be sent away for 20 years to prison.”

The phrase “legitimate medical purpose,” Kavanaugh added, is “very vague language in my estimation, and reasonable people can disagree.” While questioning Feigen, Kavanaugh noted that cases like these typically feature dueling expert witnesses who disagree about the propriety of the defendant’s conduct. “If you’re on the wrong side of a close call,” he asked, “you go to prison for 20 years?”

Gorsuch underlined that point. “Even though it’s an extremely close case,” he said, “that individual stands, under the government’s view, unable to shield himself behind any mens rea requirement and is subject to essentially a regulatory crime encompassing 20 years to maybe life in prison.”

Justice Clarence Thomas likewise focused on the fact that severe criminal penalties can be imposed on physicians for what amounts to a regulatory infraction: violating the conditions of their DEA registration. “If a doctor in the State of Virginia, for example, does not comply with his or her license, then you lose your license to practice medicine,” he said. “So it’s regulatory. Here, there isn’t that intermediate step—that is, that you lose your registration that allows you to prescribe certain drugs. Instead, it’s folded into the underlying criminal violation….My concern [is] that we seem to be doing two things at the same time, with some quite significant criminal penalties.”

Brindley argued that criminal liability is appropriate only when a doctor has clearly stopped practicing medicine and is instead engaged in drug trafficking. He noted that the Court addressed this distinction in Gonzales v. Oregon, a 2005 decision that rejected an attempt to revoke the DEA registrations of doctors who prescribed drugs for assisted suicide. “The statute and our case law amply support the conclusion that Congress regulates medical practice insofar as it bars doctors from using their prescription-writing powers as a means to engage in illicit drug dealing and trafficking as conventionally understood,” the Court said. “Beyond this, however, the statute manifests no intent to regulate the practice of medicine generally.”

While a doctor who fails to prescribe drugs with appropriate care may be guilty of malpractice or of violating state medical regulations, Brindley argued, he is not “engage[d] in illicit drug dealing and trafficking as conventionally understood.” The government’s position “allows conviction of doctors who misapprehend the extent of their obligations but are not drug dealing as conventionally understood,” he said. “There are myriad mechanisms for protecting patients from doctors who violate the standard of care in various ways. That is not the function of Section 841. The question under 841 is not whether a doctor was a bad doctor but whether he was a drug dealer. Thus, under 841, any good faith definition must be based solely on the sincerity of the doctor’s purpose in writing the prescription.”

That standard, Feigen warned, leaves doctors free to decide for themselves what is medically appropriate, regardless of what their colleagues think. But Brindley noted that the government can still present evidence that a doctor’s prescriptions were plainly contrary to accepted practice, which goes to the question of whether he honestly believed his decisions were sound. When “all of the objective evidence comes in” and “it says that your position is crazy,” Brindley said, “you’re going to get convicted. That’s the reality.”

Gorsuch seemed skeptical: “‘An honest effort.’ See, I don’t know what that means. But I do know what ‘knowing’ and ‘intentional’ mean.”

Like Brindley, Lawrence Robbins, the attorney representing Ruan, argued that a doctor should not be convicted under 21 USC 841 “unless the government proves that her prescriptions were made without a good-faith medical purpose.” But if the Court decides that an “honest effort” standard makes more sense, Robbins said, it should recognize that such a rule likewise incorporates a subjective element, contrary to the way the government frames it.

Feigen cited the jury instruction mentioned in the 1975 case United States v. Moore, which involved a doctor who “prescribed large quantities of methadone for patients without giving them adequate physical examinations or specific instructions for its use and charged fees according to the quantity of methadone prescribed, rather than fees for medical services rendered.” In a footnote, the Court noted that the jury was told that Moore “could not be convicted if he merely made ‘an honest effort’ to prescribe for detoxification in compliance with an accepted standard of medical practice.”

Robbins said Feigen was wrong to describe that standard as objective. “The defendant said he was just trying a novel technique to solve a problem, but the jury didn’t believe him,” he said. “That says that this is a subjective question. Did he make an honest effort? He said he did because he was using some novel technique, but the jury rejected it. The jury didn’t say: ‘Well, a reasonable doctor wouldn’t do that. An objectively reasonable doctor wouldn’t do that.’ No. They said ‘we don’t believe you,’ which is exactly what juries are entitled to do when they assess the purpose or intent of a defendant.”

Chief Justice John Roberts repeatedly implied that the standards for opioid prescribing and pain treatment are clear, specific, and uncontested, likening them to speed limits. But as Robbins pointed out, there are ongoing debates about how to weigh the risks and benefits of these drugs, which puts doctors who take a position the DEA does not like in legal jeopardy. “Is there a book that tells us what the right amount of medication is for a certain kind of disability?” Robbins said. “The answer is there is no such book, and that’s the whole problem.”

The post Several Justices Seem Dismayed at the Idea That Doctors Can Be Accidentally Guilty of Drug Trafficking appeared first on Reason.com.