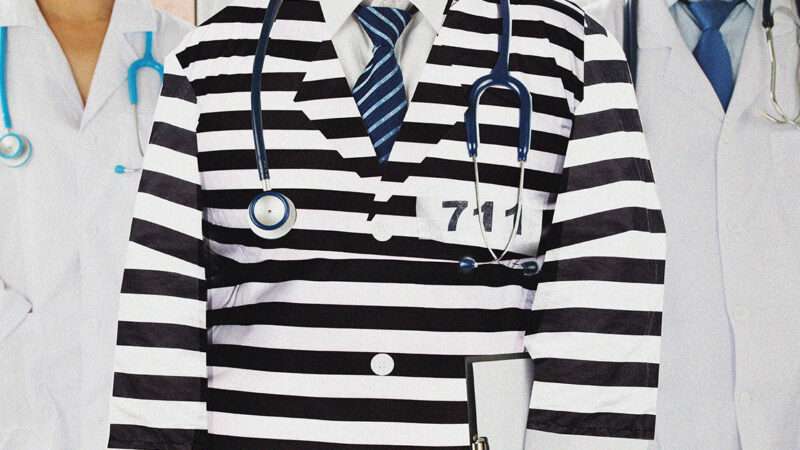 Xiulu Ruan, a board-certified Alabama pain specialist, was sentenced to 21 years in federal prison for prescribing opioid analgesics “outside the usual course of professional medical practice.” According to the appeals court that upheld his 2017 conviction, it did not matter whether he sincerely believed he was doing what a physician is supposed to do.

That ruling, which is the focus of a case the Supreme Court heard in March, conflates negligence with criminal liability, invites the Drug Enforcement Administration (DEA) to usurp state medical regulators, and encourages prosecutions that have a chilling effect on pain treatment. If it is allowed to stand, doctors who already face intense pressure to curtail opioid prescriptions will be even more inclined to elevate drug control above pain control.

Some of this disagreement stemmed from dueling interpretations of Ruan’s practices and lapses. Some of it stemmed from ongoing debates on issues such as the risks and benefits of long-term opioid therapy for chronic pain and, more generally, how to balance patients’ needs against the government’s demand that physicians prevent misuse of pain medication.

The threat of regulatory sanctions and malpractice lawsuits already forces clinicians to weigh the risk to their licenses and livelihoods if they make questionable prescribing decisions. The threat of criminal prosecution ups the ante because it means that doctors also can lose their liberty if they make decisions that the DEA, a law enforcement agency with no medical expertise, views as medically inappropriate.

Criminal penalties traditionally are reserved for people who knowingly break the law. But the U.S. Court of Appeals for the 11th Circuit has held that a physician’s “good faith belief that he dispensed a controlled substance in the usual course of his professional practice is irrelevant” to the question of whether he violated the Controlled Substances Act (CSA). Based on that reading of the law, the 11th Circuit rejected Ruan’s argument that he was entitled to a jury instruction precluding a guilty verdict if the evidence indicated that he honestly thought his prescriptions were “for a legitimate medical purpose” and that he was “acting in the usual course of his professional practice,” as required by CSA regulations.

As the appeals court saw it, Ruan could be sent to prison for decades even if he unintentionally fell short of those ambiguous standards. In a case that was consolidated with Ruan’s, the U.S. Court of Appeals for the 10th Circuit likewise held that good faith does not matter in deciding whether a prescription was written in “the usual course of professional practice,” which must be determined “objectively.”

Several justices seemed dismayed by the idea that prescribers can be accidentally guilty of drug trafficking. Justice Stephen Breyer argued that the CSA should be read to require that prosecutors prove a doctor “knowingly or intentionally” broke the law.

“The doctor may have violated that objective standard but might have legitimately thought that the standard was somewhat different,” Justice Brett Kavanaugh noted. He added that the phrase “legitimate medical purpose” is “very vague language in my estimation, and reasonable people can disagree.”

Even in “an extremely close case,” Justice Neil Gorsuch noted, a defendant facing “20 years to maybe life in prison” is, according to the 11th Circuit, “unable to shield himself behind any mens rea requirement.” Justice Clarence Thomas likewise emphasized that “quite significant criminal penalties” can be imposed on physicians for what amounts to a regulatory infraction: violating the conditions of their DEA registration.

As two health law professors noted in a brief supporting Ruan’s appeal, uncertainty about which practices may provoke federal prosecution hurts patients as well as physicians. It provides yet another reason to turn away or abandon patients who already are suffering from the indiscriminate crackdown on pain medication, sacrificing their welfare on the altar of the war on drugs.

The post The Blurry Legal Line Between Doctors and Drug Dealers appeared first on Reason.com.