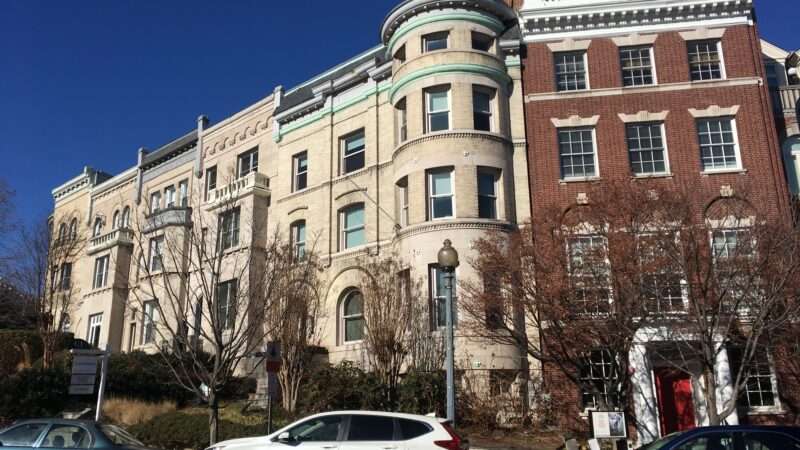 The U.S. Court of Appeals for the District of Columbia Circuit heard oral arguments yesterday in United States v. Abou-Khatwa, an insurance fraud case. While most of the argument focused on D.C. insurance broker Tarek Abou-Khatwa’s appeal of his 2019 conviction, toward the end Judge Patricia Millett brought up an aspect of the case that troubled her: When FBI agents served a search warrant at Abou-Khatwa’s home in Kalorama Heights, a swanky D.C. neighborhood “favored by diplomats and power brokers,” there was no answer at the door. But instead of breaching the front door, the agents went around the back to preserve “the aesthetics” of an “affluent neighborhood.”

While that issue was not part of Abou-Khatwa’s appeal, Millett said, “I found this deeply disturbing.” When it became clear that a forced entry was necessary, an FBI agent testified, “the decision was made, since it was an affluent neighborhood,” to do it inconspicuously. “Due to the aesthetics of the neighborhood,” he said, “we decided to use a rear entrance so as to maintain the integrity of the front of the residence.”

Addressing Justice Department attorney Finnuala Tessier, Millett asked, “Are you aware that the FBI has a policy of deciding not to break down the front doors in rich neighborhoods?” Tessier replied that she “was not aware of that.” While “I don’t mean to blindside you,” Millett said, “this is such outrageous behavior by the FBI.” If “there really is a policy out there that in nonaffluent neighborhoods we’ll break down the front door, but for the rich people we’ll go in quietly in the back door,” she said, “that’s deeply troubling,” and “it’s shocking to me that it didn’t get more attention.”

Judge Robert Wilkins thanked Millett for raising the issue. “I was a public defender here for 10 years,” he said. “I can’t tell you how many times my clients had their front doors bashed in. I don’t remember a single time where any agent or police officer was worried about the aesthetics of what their house would look like after they executed a search or arrest.”

When Slate‘s Mark Joseph Stern noted these comments on Twitter, Jabari-Jason Tyson-Phipps, an attorney and former Foreign Service special agent, replied: “I can tell you that is not protocol. The problem is there are two justice systems: 1 for poor people and minorities and 1 for rich people and generally white people. You see it when you are one of the few black agents. Everyone is not equal.”

It’s not clear whether the FBI agents who searched Abou-Khatwa’s house were doing him a favor by eschewing a front-door entry. The agent’s testimony makes it sound as if the main concern was the impact that knocking down Abou-Khatwa’s front door would have on his wealthy neighbors.

Either way, the rationale suggests that people lucky enough to live in places like Kalorama Heights, where the median household income is about $175,000 and nearly three-quarters of the residents are white, but unlucky enough to attract the FBI’s attention can expect better treatment than people who live in, say, Anacostia, where the median household income is about $22,000 and 93 percent of the residents are black. While that would be true regardless of the suspect’s race, such a class-based distinction is apt to have a racially disproportionate impact, as Tyson-Phipps notes.

That point aside, the agent’s concern about neighborhood “aesthetics,” if it reflects a broader practice, means that people who can easily afford to fix the damage caused by an FBI raid are apt to have lower bills than people of modest means who would struggle to cover the expense. It also means that rich people are less likely to be humiliated by a conspicuous front-door entry because it would bother the neighbors.

Tessier, the Justice Department lawyer, did not try to defend the FBI’s wealth-based distinction between criminal suspects. “I will pass that on to my management,” she said. “I understand the court’s concern. I understand why it’s upsetting to the court.”

The post The FBI Decided Not To Knock Down a Suspect's Front Door Because 'It Was an Affluent Neighborhood' appeared first on Reason.com.