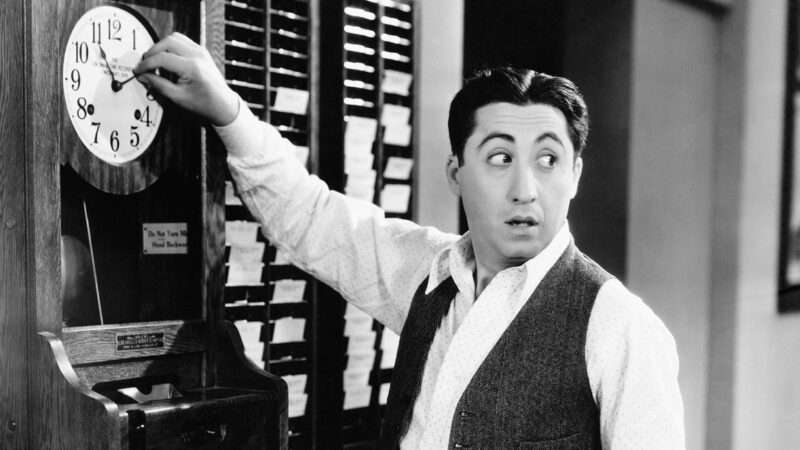 There’s no crisis that lawmakers can’t make worse, and in California, a state that already has pretty high taxes and minimum wages, two lawmakers have introduced a bill mandating 32-hour workweeks for the largest employers.

State Reps. Cristina Garcia (D–Downey) and Evan Low (D–Cupertino) have introduced A.B. 2932. The bill would require all businesses in the state with 500 employees or more to alter the definition of a workweek to 32 hours instead of 40 hours, meaning that any work over 32 hours would be compensated with overtime.

The bill doesn’t stop there, though. A.B. 2932 also requires that the compensation levels for people covered by the bill remain the same. So, an hourly employee currently working 40 hours a week would have to receive the same amount of pay for working 32 hours a week, essentially forcing employers to raise all their wages.

If the bill is passed into law, it would affect more than 2,600 companies within the Golden State and more than 3.6 million workers. Unsurprisingly, the California Chamber of Commerce is describing the bill as a “job killer.” Ashley Hoffman, policy advocate for the California Chamber of Commerce, notes in a letter to Low that the bill acts as though companies can simply adjust hourly wages with a simple calculation to account for the change from 40 to 32 hours. But that’s not how wages work. An employee’s “rate of pay” as described in the bill includes not just wages but can include commissions and various other bonuses. Hoffman writes:

The regular rate therefore fluctuates significantly depending on how much overtime an employee works and the performance or attendance bonuses or commissions they receive, much of which is dependent on the employee or general performance of the business in any given week, not factors solely under the employer’s control.

Therefore, an employer can end up getting punished by the state under this bill for “violations” that they cannot correct.

Garcia seems fairly oblivious to the bigger consequences of these changes, telling the Los Angeles Times, “We’ve had a five-day workweek since the Industrial Revolution, but we’ve had a lot of progress in society, and we’ve had a lot of advancements. I think the pandemic right now allows us the opportunity to rethink things, to reimagine things.”

And businesses are certainly free to do so and negotiate with their employees for better, more flexible work environments. The tight labor market certainly is giving workers more leverage.

If modernization inevitably leads to people getting as much (or more) work done in fewer hours than they did in the past, then shorter workweeks are an awesome byproduct. We’re certainly not going to complain about people having to work less. That’s one of the great things about innovation. It frees people up to do more with their time, like developing more innovations that may in the future make life even better for us all.

However, it’s not something that can be ordered top down via fiat by government officials who don’t have to deal with the consequences. A.B. 2932 doesn’t even have a ramping-up phase or a time-frame. If the law is passed as written, once it goes into effect, businesses will be expected to just change. Even the California Chamber of Commerce’s complaint isn’t fundamentally about having workers work less, though that’s certainly going to be a problem for many businesses, particularly those with lower margins that serve consumers seven days a week. The Chamber’s concern is that this bill is written so poorly and inflexibly that it’s simply oblivious to the consequences.

But that explanation doesn’t make any sense. If collective bargaining agreements often lead to better work environments than this, the exemption wouldn’t be needed at all. It seems as though part of the bill’s point is to push large companies into embracing unionization if they want to continue with their usual workweeks.

This isn’t a new thing. Previous efforts to raise the minimum wage in California that are supported by labor unions have often been paired with efforts by the same labor unions to exempt themselves from these rules. It would be a shame if something happened to your company’s business model. Wouldn’t you be better off working with union agreements so you don’t have to worry about having to follow this rigid, poorly written bill?

That’s assuming the bill goes anywhere. It was introduced in February and sent to the Labor and Employment Committee, but no hearings on the bill have yet been scheduled.