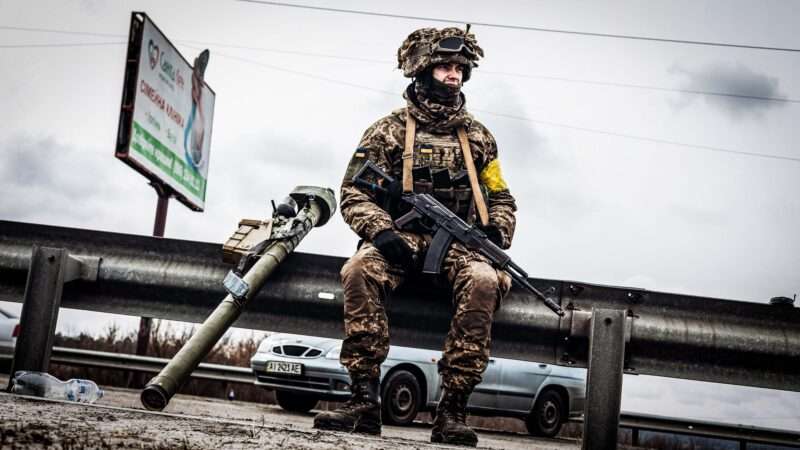 Russia’s unprovoked invasion of Ukraine has put the world on high alert, and many politicians and activists are calling for the United States to play a decisive and commanding role in the conflict, even to the point of putting American troops in harm’s way.

Will Ruger, the newly appointed president of the American Institute for Economic Research (AIER), disagrees. A veteran of the Afghanistan war, he holds a Ph.D. in foreign policy, served as vice president of research at the Charles Koch Institute, and was nominated to be ambassador to Afghanistan late in the Trump administration (his confirmation was never brought to a vote).

Ruger is a proponent of what he calls “libertarian realism” in foreign policy, meaning that America’s interventions abroad should be focused on defending a narrowly defined national interest and that the use of military force should be strictly subjugated to diplomacy. Ruger is skeptical that the United States can or should play a leading role in defending Ukraine, and he doesn’t think sanctions are likely to accomplish anything, especially in the short run.

Nick Gillespie talks with Ruger about the past 20 years of disastrous military interventions, how NATO, the European Union, and China figure into current events, and what he plans to do as the head of AIER, one of the oldest free-market think tanks in the country.

The post Ukraine Crisis: U.S. Must Use Restraint appeared first on Reason.com.