Last August, Adobe acquired Frame.io, an online video review and collaboration platform for creative professionals, for $1.275 billion in cash. At the time Adobe signaled that it would build out deeper integrations between its existing Premiere Pro and After Effects video tools and Frame.io, so it’s maybe no surprise that today, shortly before the annual NAB show, it is announcing what this integration is going to look like. Starting today, as part of the existing Creative Cloud package, Adobe’s customers using the latest versions of Premiere Pro and After Effects will get access to the Frame.io extension as part of their existing subscription. They will also be able to log into Frame.io with their Adobe ID.

“It’s our first step in building an end-to-end cloud-based video platform that’s seamlessly integrated with Premiere Pro and the rest of the tools our customers use,” Paul Saccone, Adobe’s VP of Marketing for Frame.io, explained in a press briefing ahead of today’s announcement. “With more video content being created than ever before and remote work becoming the new norm, Frame.io for Creative Cloud will enable editors and key stakeholders like producers, agencies and clients to seamlessly collaborate and get to that final approval faster.”

Frame.io for Creative Cloud will include free sharing, with an unlimited number of external reviewers, accelerated file transfers and 100 GB of dedicated Frame.io storage, which will be separate from the existing Creative Cloud storage plan. Creatives will have the ability to work on five different projects concurrently and the plan will support up to two users who can collaborate on a project in real time.

For the most part, Frame.io for Creative Cloud sits somewhere between Frame.io’s free plan and its most affordable $15/month/user paid plan (which features camera to cloud support, up to 10 users, 250 GB of active storage and 4K playback).

The service will also include Frame.io’s camera-to-cloud feature, which allows remote editors to start editing their videos while the rest of the crew is still shooting. “It’s an automated workflow that uploads files from cameras to the cloud, making them available to editors in Premiere Pro just a few moments later,” Saccone explained. “It takes that traditionally linear process of production and post-production and makes them parallel so that everybody can work together at the same time.” 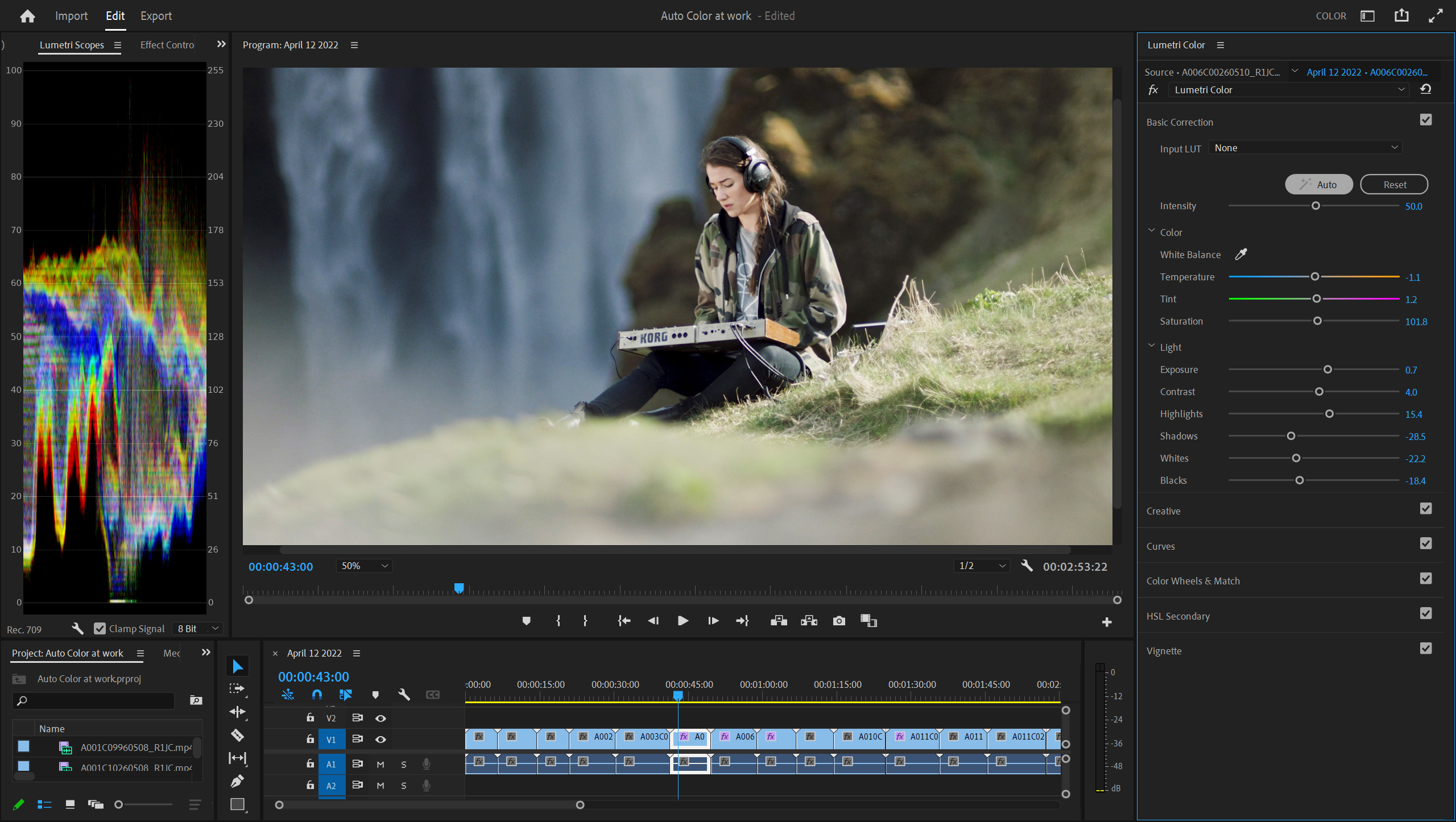 Adobe’s Premiere Pro is also getting a number of updates; most importantly it now features an AI-powered first-pass color correction tool that will hopefully make one of the more tedious parts of the video editing process a bit easier. The tool will automatically apply color corrections to video clips and then leave it to the video editor to work on details like skin tone or the color of the sky. The idea here isn’t to do away with LUTs but to help creatives with the next step after they apply their favorite LUTs.

There is also a new header bar that aims to make navigating Premiere Pro a bit easier and a new export mode that will give users a more streamlined experience for when they want to post their videos to YouTube, Twitter and Facebook.