Hi everyone! We’re glad to finally unveil the Teenage Mutant Ninja Turtles: The Cowabunga Collection! Ever since we started releasing collections, the response from our fans has been emphatic on what we should do next – “Give us the Turtles!” Together with Nickelodeon and Digital Eclipse, we’re compiling one of the most comprehensive retro game collections ever.

It was clear from the start The Cowabunga Collection needed the entire western release of 8-bit and 16-bit games, their Japanese versions, and of course the TMNT Arcade games. Together we’re bringing all 13 console and arcade games and their regional versions to PlayStation 4 and PlayStation 5 in 2022. 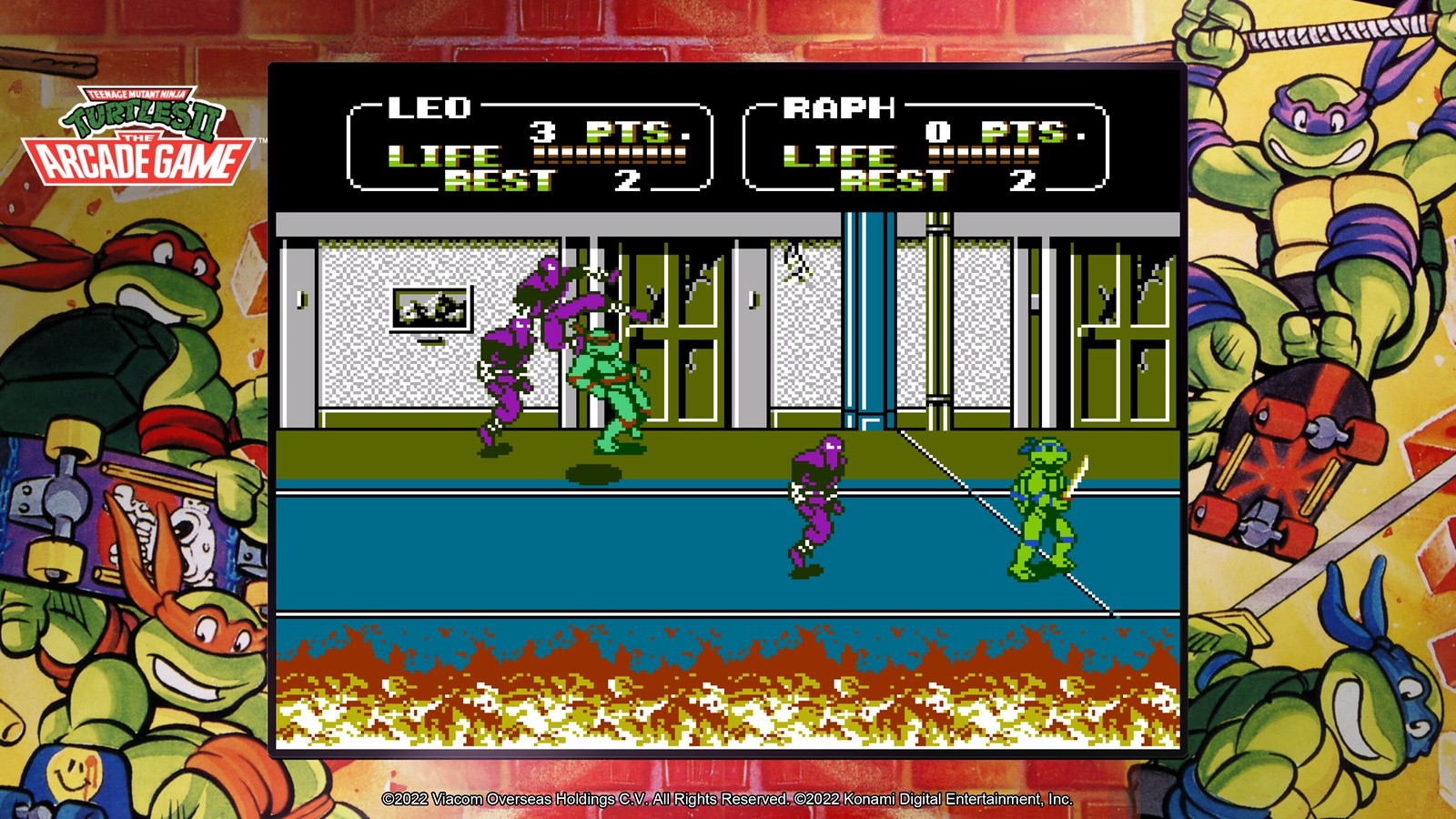 We could tell right away that Digital Eclipse is a natural fit for this project. Digital Eclipse are adept developers and video game historians, having breathed new life to some of the most beloved video game classics. Beyond their technical capabilities is a genuine connection for the TMNT franchise.  Together, we added modern quality-of-life features as well as compiling a load of extras that fans will appreciate. Combined with Rewind and Save Anytime, we’re designing custom game guides harkening to the aesthetic of the video game magazines from the 80’s and 90’s to help get players through some of those notoriously tricky parts…you know what we’re talking about!

Our partners at Nickelodeon provided amazing imagery from the original cartoons series and comic books and helped connect the franchise from the different mediums. While bringing our heroes in a half shell back to the surface, we were immediately taken back to a time where we grabbed three other friends to save April from a burning building, struggled to swim through obstacles and prevent the dam from exploding, or discovered that there were secret areas where Casey Jones slammed Raphael into the ground.

Instead of pumping a machine full of quarters, the Cowabunga Collection’s Arcade games (Teenage Mutant Ninja Turtles and Teenage Mutant Ninja Turtles: Turtles in Time) lets you and up to three friends have the arcade experience at home on your couch or online. The 8-bit TMNT II: The Arcade Game, TMNT III: The Manhattan Project, and the 16-bit TMNT IV: Turtles in Time, and The Hyperstone Heist will also have all the local multi-player fun of yesteryear.

To complete the collection, we included the handheld titles. To some they’re a deeper cut, but these three handheld adventures had some of the best side-scrolling action on any platform. TMNT III: Radical Rescue (1993), employs a gameplay style later popularized by Castlevania: Symphony of the Night (1997) and sets players off as Michelangelo on an adventure to free his brothers. Each ninja turtle Michelangelo rescues brings new abilities and opens-up more of the map to explore. A game truly ahead of its time. 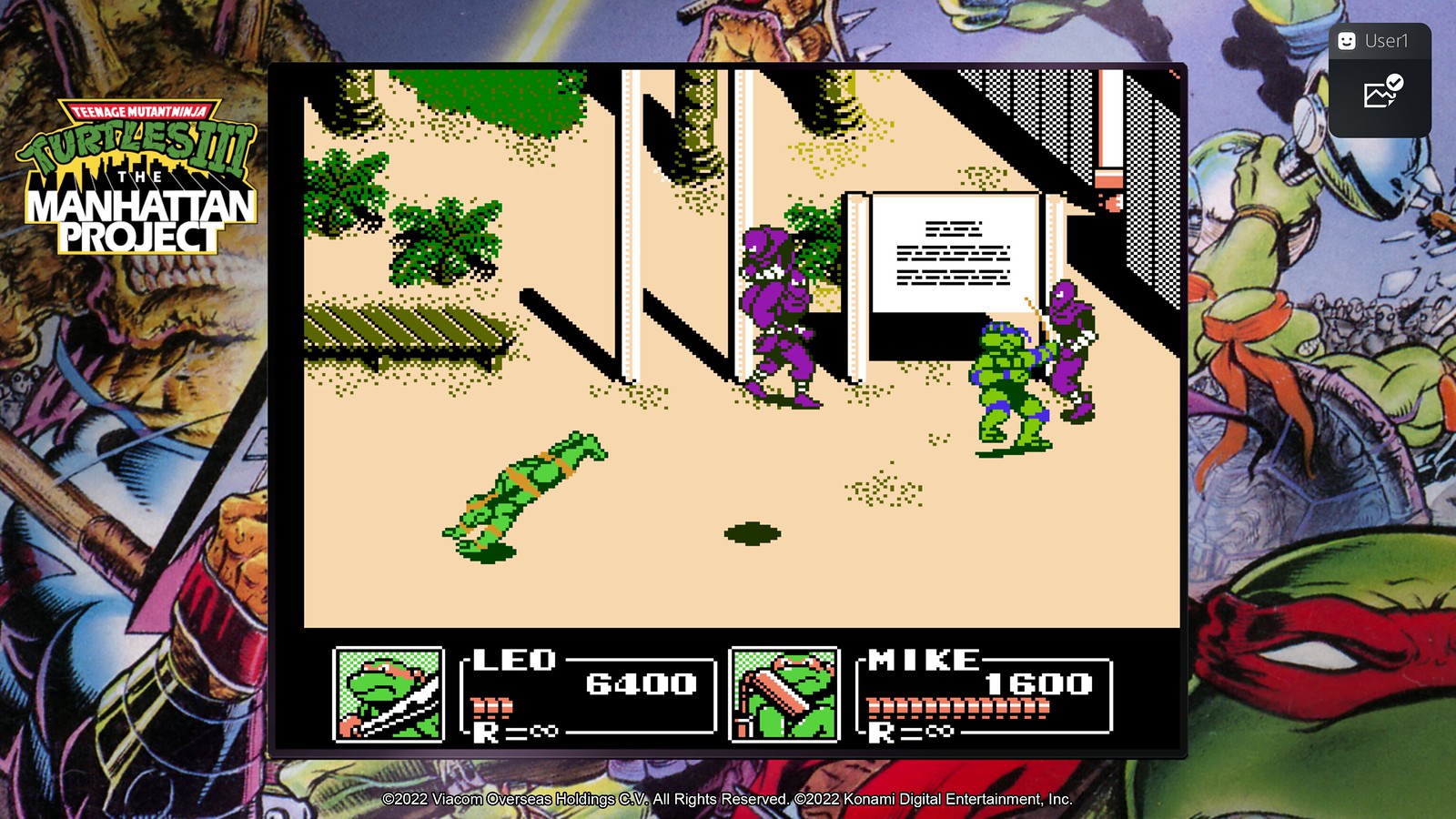 Finally, the three one-on-one fighting games: Tournament Fighters. We dreamed of pitting our favorite characters against each other, and these games let our dreams come true. The two 16-bit games have been true classics with players mastering every move. But we knew we had to include the last 8-bit game Konami ever released. Considered one of the best fighting games on that console, and one that had been overlooked over the years, we couldn’t wait to give this game the attention it deserves. 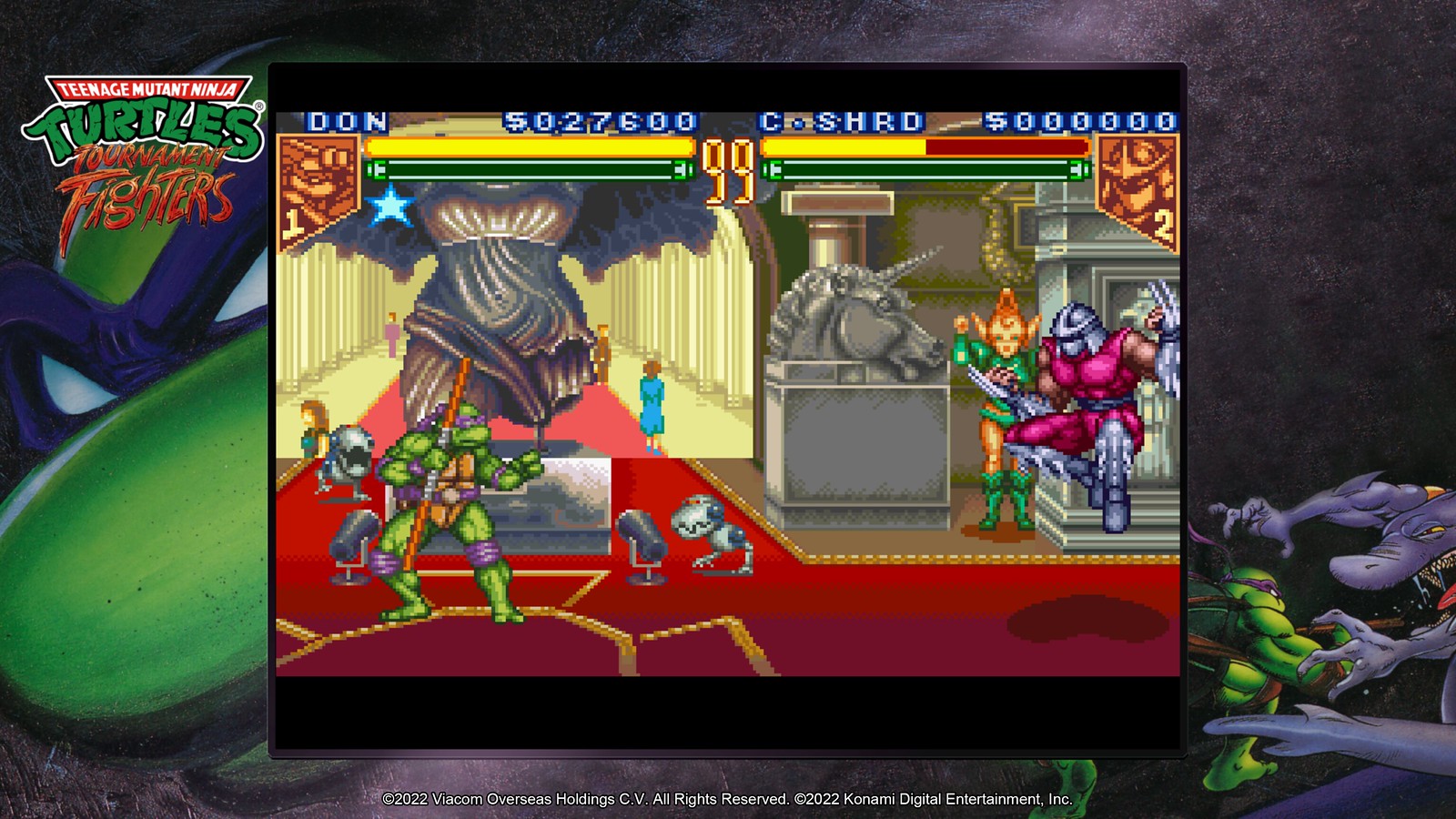 30 years is a long to hang on for a collection of these masterpieces, but we hope you’ll find that Teenage Mutant Ninja Turtles: The Cowabunga Collection has been worth the wait.