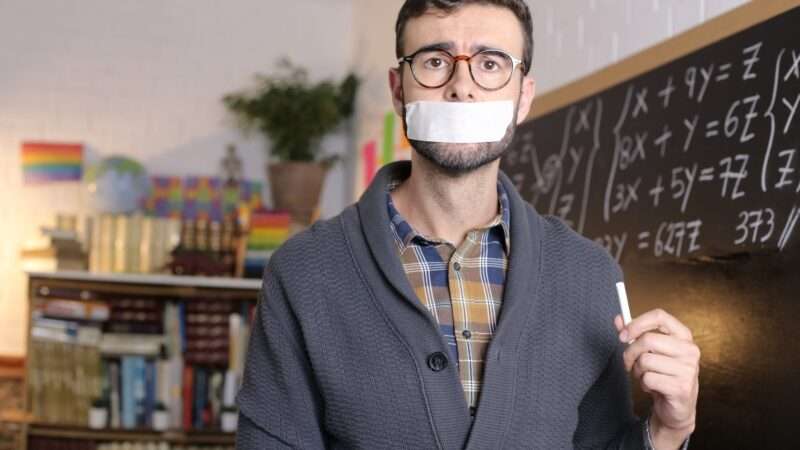 Ten Republican Georgia state senators have signed onto a new bill that would prohibit the teaching of controversial race and gender subjects in schools. The twist, in this case, is that the senators are specifically targeting private schools, not public schools, and attempting to forcefully control what they’re permitted to teach children regardless of parents’ wishes.

This is not what it means to support “school choice” and “parents’ rights,” senators.

The bill, S.B. 613, was introduced Tuesday. Titled the “Common Humanity in Private Education Act,” the bill asserts that “a growing number of Georgia’s private and nonpublic schools have embraced curricula and programs based in critical theory. … Additionally some teachers and other personnel in private and nonpublic schools and programs have inappropriately discussed gender identity with children who have not yet reached the age of discretion.”

The bill requires that private schools affirm that they will not teach a list of charged concepts that are associated with Critical Race Theory: that “an individual, by virtue of the individual’s race or sex, is inherently racist, sexist or oppressive, whether consciously or unconsciously”; “that an individual, solely by virtue of the individual’s race or sex, bears responsibility for actions committed in the past by other members of the same race or sex”; “that meritocracy or traits such as a hard work ethic are racist or sexist or were created by members of a particular race to oppress members of another race”; and other similar Critical Race Theory concepts. It forbids teaching students that the introduction of slavery to the United States constitutes the country’s “true” founding (the controversial and eminently debatable 1619 Project). It further forbids segregating classes or programs or excluding participation from them on the basis of race, national origin, or ethnicity.

After this section there’s a chunk that reads is though it was cut and pasted directly from Florida’s just-passed “Don’t Say Gay” bill, but targeting private schools instead of public systems. It says “No private or nonpublic school or program to which this chapter applies shall promote, compel, or encourage classroom discussion of sexual orientation or gender identity in primary grade levels or in a manner that is not appropriate for the age and developmental stage of the student.”

Just as with the Florida bill, Georgia’s bill does not explain what it means to “encourage” discussion on the issue, nor does it define what discussion is appropriate for the developmental age of the student. And just like the Florida bill, it gives anybody who is “aggrieved” by a violation of these bans the right to bring a civil action against the private school and seek financial relief from the courts and “reasonable attorneys’ fees.”

Just last week, one of the bill’s sponsors, state Sen. Carden Summers (R–Cordele), wrote a commentary for the Albany Herald praising a Parents’ Bill of Rights that is weaving through the state’s legislature, observing, “I am deeply thankful for the service of our state’s trusted teachers to provide a positive classroom environment in which children can truly flourish and learn, but I believe that parents deserve the right to make sure their children are not being exposed to inappropriate material.”

But S.B. 613 undermines the very idea of parents’ rights. Parents choose whether to send a kid to a private school and, of course, private schools have to be responsive to parents’ demands if they want to stay in operation. Summers’ bill actually overrules the right of any parent who wants their children to learn Critical Race Theory or discuss LGBT issues with teachers. As with Florida’s bill, it only recognizes the rights of parents to refuse these lessons. Furthermore, because of the threat of lawsuits, it also gives those dissenting parents the power to veto the wishes of all the other parents.

Not everything about the bill is terrible. Some of the restrictions against segregating students by race or ethnicity for various educational programs are directly connected to government funding and grants for private schools and compliance with the Civil Rights Act of 1964.

But the reasonable part is buried completely by the very clear attempt to censor what is taught at schools that parents choose to send their students to.

This is a mockery of the concept of school choice. Parents who don’t want their children to participate in these types of culturally charged issues should absolutely be able to send their kids to schools that avoid the topic. But it is a violation of parental rights to forbid private schools from providing the education that participants actually agree to by paying to send their kids there.

This is another example of politicians and activists attempting to overrule parents. It’s just coming from the right rather than the left.