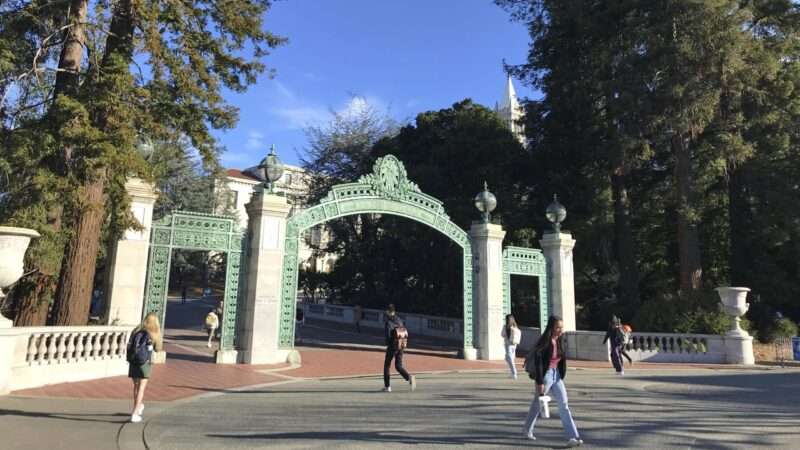 University of California, Berkeley researchers in 1995 conducted an exhaustive survey of the California Environmental Quality Act and declared that the landmark environmental law “could be improved” by toughening its standards and expanding regulatory oversight. The researchers mainly feared that CEQA doesn’t do enough to protect the environment.

One might expect that myopic conclusion from university researchers, but the UC Berkeley administration has recently gotten an eye-opening lesson about of how this heavy-handed environmental regulation works in the real world.

Simply put, UC Berkeley might have to rescind acceptance letters to more than 5,000 prospective students for the 2022-2023 school year and freeze enrollment after an appeals court sided with Berkeley NIMBYs (Not In My Back Yarders) who challenged the environmental impact of the university’s housing-related expansion plans. (On Thursday, the California Supreme Court ruled that UC Berkeley must freeze its enrollment, a decision that means the school must rescind about 2,500 acceptance letters for the fall 2022 semester.)

Ironically, liberal UC officials may be coming around to the view held by conservative business leaders and critics, who have long argued that the law—signed in 1970 by Gov. Ronald Reagan—needs an overhaul. Gov. Gavin Newsom might come around, too. No one should be shocked by the news. CEQA has routinely derailed every type of construction project—allowing self-centered Californians to upend the dreams of others.

“If left intact, the court’s unprecedented decision would have a devastating impact on prospective students, university admissions, campus operations, and UC Berkeley’s ability to serve California students by meeting the enrollment targets set by the state of California,” the university explained after announcing an appeal to the California Supreme Court.

The university is right, of course, and other state officials echoed similar thoughts. “The state has a profound interest in maintaining—and strengthening—its exceptional system of public higher education, with its focus on access and affordability, equity and innovation,” wrote the state attorney general’s office in an amicus letter.

State Sen. Scott Wiener (D–San Francisco), who has done yeoman’s work standing up to the “get off my lawn” crowd that has limited housing development throughout the state, introduced legislation to exempt public universities’ housing developments from CEQA’s onerous requirements.

Even Wiener doesn’t entirely get the point. “CEQA is a very important environmental law that unfortunately sometimes is used in ways that it wasn’t intended,” he said. Well, it is indeed used to “delay or kill projects that are environmentally beneficial—like student housing.” But it’s not a matter of “sometimes.” CEQA always lets “stakeholders” file litigation to derail any project for almost any reason.

In this case, Save Berkeley Neighborhoods sued UC in 2019, claiming the university’s plan to house additional students harmed their neighborhood. As others have noted, people who live around a major university and benefit from its amenities are now upset that they have to deal with the downside of living near a major university. It’s like people who move to rural areas and then complain about the smells of cows and the sounds of rumbling tractors.

NIMBYs will be NIMBYs, but CEQA gives them—and anyone else, for that matter—the standing to tie up proposed projects in court and drive up the costs. The group says it is “concerned about protecting the unique character and quality of life in the city of Berkeley”—the character and quality that emanate almost entirely from it being a university town.

The group is dismayed that many new students are—perish the thought—from out of state. The community group’s solution is to limit enrollment for these outsiders. Apparently, thousands of future engineers, teachers, and social workers must give up their plans because a group of entitled community activists is tired of having students live in their neighborhoods where they drive up the cost of housing.

Never mind that “local opposition has also stymied the university’s attempts at building more student housing,” as Connor Harris wrote for City Journal. One of the group’s leaders, Harris added, agreed that the university needs to build more student housing but he didn’t seem to want it “to build that housing now.” He preferred that UC instead build a satellite campus five miles away in an industrial area in a neighboring, less-affluent city.

In its amicus letter to the state high court, the group inadvertently touches on another abuse of the CEQA process. It notes that AFSCME, the union that represents many of the university’s service workers, filed one of the challenges: “The union members include low paid workers who can no longer afford housing anywhere near the campus due to the high rental market.” Yes, unions often file CEQA lawsuits to leverage their wage demands.

I share the widespread disgust at this lawsuit and support exempting universities from CEQA’s provisions, but it’s time for California’s leaders to stop the outrage every time the law trips up one of their priority projects. Lawmakers can’t actually be surprised by this situation? Instead of exempting specific projects, they need to reform the law and fix the problem for everyone.

This column was first published in The Orange County Register.