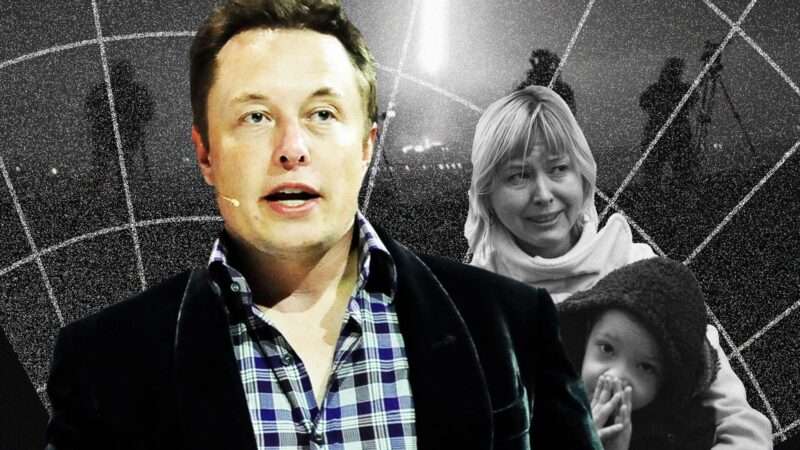 Since the Russian invasion began, Ukrainians have shared recipes for making Molotov cocktails and instructions for driving abandoned troop carriers.

They’ve used encrypted apps to coordinate tactics and to ask Russians to stand up to their government, who in turn have staged protests in Moscow and other cities.

Though it may end up losing on the battlefield, Ukraine has been able to show the world the brutality and folly of the Russian attack, which is only possible because everyday citizens have retained access to the internet.

But maybe not for long: In areas with the heaviest fighting, internet outages are becoming common, and since information is power on the battlefield, there’s a danger that Russia will find a way to knock the country fully offline.

This is why Ukraine’s Vice Prime Minister and Minister of Digital Transformation tweeted a plea to Elon Musk, “We ask you to provide Ukraine with Starlink stations and to address sane Russians to stand.”

“Starlink service is now active in Ukraine.” Musk tweeted back later that day, collapsing a regulatory process that can take months or years into under 280 characters.

Starlink, which has been up and running since 2021, is a global satellite internet provider owned by Musk’s company SpaceX, which aims to provide low latency, high-speed internet to areas that are less densely populated and where fast reliable internet may be lacking.

“…terminals en route,” was how Musk finished his tweet, and less than 48 hours later, Fedorov replied with a picture showing a truckload of them in Ukraine, “Starlink — here. Thanks, @elonmusk”

Those terminals will need to be brought into cities under siege and connected to wi-fi, which will allow Ukrainians to connect their devices. That presents a challenge in the middle of a war.

And if terminals lose power, they’ll need batteries or generators to stay online.

Important warning: Starlink is the only non-Russian communications system still working in some parts of Ukraine, so probability of being targeted is high. Please use with caution.

Radio signals could also be triangulated, and Musk has also warned that terminals could be targeted by Russian forces, cautioning users to keep terminals, “as far away from people as possible.”

But if the terminals can be installed and maintained, Starlink could provide a digital lifeline to some Ukrainians.

Divorcing the online world from geography and placing it outside state control is in keeping with the internet’s original promise.

“The dream of the internet was one of complete deterritorialization,” says Eli Dourado, a senior research fellow at the Center for Growth and Opportunity at Utah State University. “Internet was supposed to mean that it doesn’t matter where you live. You are connected to all of humanity through this completely transparent network where geography is irrelevant. We’ve seen how far short of that we have fallen. We’ve seen some governments censor the internet. I think a great outcome for the internet would have been for us to be able to export the First Amendment to the entire planet.”

Can Starlink help make good on the internet’s original promise to be a tool of liberation? Imagine if Putin had to answer to a populace with immutable internet access that could see the unvarnished reality of war. How might that change the way a conflict plays out?

One of Starlink’s key innovations is that the signal can be relayed laterally a number of times, across country borders, time zones, and even oceans before beaming back down to a ground station. That could make it harder for any one country to censor or track what its citizens access online. But this is only if Starlink first turns on service in those places and then routes internet traffic through ground stations in neighboring countries.

While the technology would allow for it, Starlink may not turn out to serve that grand purpose. Dourado cautions that “Starlink is, of course, a commercial offering from an American company that’s launching frequently into space. Under the outer space treaty, the United States government is ultimately responsible for what SpaceX does when it’s in space.” So far, Starlink is only available in countries that welcome its presence.

But the technology holds promise. Satellite internet might one day offer an uncensored alternative for people living in North Korea, China, or Cuba.

Using the power of the internet, everyday Ukrainians are coordinating their defense, appealing directly to Russian kinship and common humanity, rallying people to their cause, and showing the devastating cost of war. Starlink could help them to prevail in this battle.

Written and produced by Isaac Reese