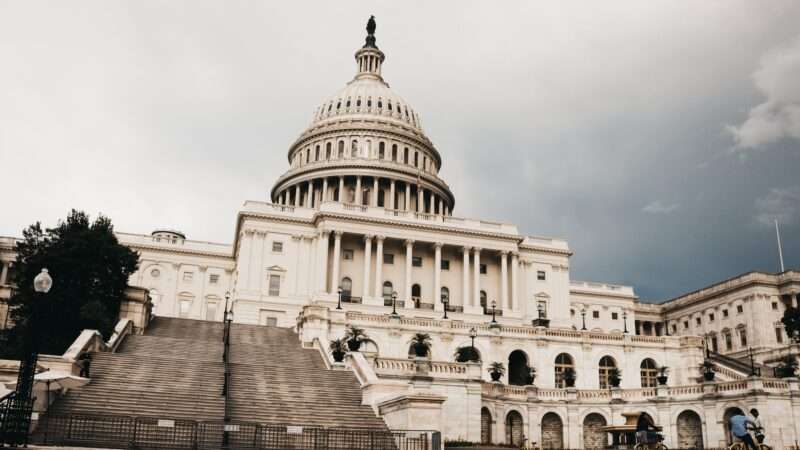 Stop me if you’ve heard this one before: Congress has reached a bipartisan agreement to hike spending across the board.

Lawmakers unveiled a $1.5 trillion spending package on Wednesday morning that would keep the federal government funded through the end of the fiscal year by hiking spending on just about everything. The plan “would substantially boost funding for the military and nearly every non-defense agency, growing domestic spending to $730 billion, an almost 7 percent increase over current funding. The measure would boost national defense coffers to $782 billion, about a 6 percent increase,” Politico reports.

The 2,700-page bill also includes $14 billion in “emergency funding” to help Ukraine, including $3.5 billion for new military equipment to be sent to Ukraine—because apparently the Pentagon’s $782 billion budget isn’t big enough to include that—and another $15 billion in COVID-19 relief funds.

Meanwhile, Sen. Richard Shelby (R–Ala.), the top Republican on the Senate Appropriations Committee, lauded the package for including “dollar-for-dollar parity for defense and non-defense increases,” adding that the bill “effectively addresses Republican priorities.”

Just yesterday, the Congressional Budget Office (CBO) reported that the federal government ran a $475 billion deficit over the first five months of the fiscal year, which began in October. That’s an average of $3 billion per day. And while it’s true that this year’s deficit is unlikely to be anywhere near the record highs of the past two years, the CBO’s projections show persistently high deficits for the rest of the decade and beyond.

That projection, of course, is based on current law—in other words, it does not take into account additional spending like what’s contained in the new budget agreement. Hiking spending will only inflate future deficits and add to the $30 trillion national debt.

But there’s probably not going to be time for a robust discussion of those issues before this bill becomes law. “Party leaders hoped to whip the 2,741-page measure through the House on Wednesday and the Senate by week’s end, though that chamber’s exact timing was unclear,” reports CBS News. “Lawmakers were spurred by the urgency of helping Ukraine before Russia’s military might makes it too late.”

Yes, there’s nothing like a war—even one that the U.S. is not directly fighting—to get lawmakers to spend like there’s no tomorrow.

The federal government’s inability to balance it budget is its own formidable national security challenge. Every dollar that must be spent to pay for interest on the national debt is a dollar that can’t be used to fund the military or domestic spending programs in the future. Higher-than-expected inflation makes that calculation even more worrisome, since inflation is likely to push interest rates up and higher interest rates will mean higher costs to service the national debt.

A bipartisan group of lawmakers tried to force their colleagues to pay attention to that problem. Last month, they requested that the government funding bill set up a commission to evaluate deficit-reduction policies. “We owe it to our children,” the lawmakers wrote to House Speaker Nancy Pelosi (D–Calif.), “to acknowledge our country’s unsustainable fiscal trajectory and work together, across the aisle, to address it over time.”

The text released Wednesday morning does not include those provisions. But that’s probably not much of a surprise. If there are two things Congress can usually agree upon, it’s spending more money and ignoring the obvious consequences of continuing to spend more money. This latest deal hits both marks.

The post Congress Agrees To Spend $1.5 Trillion This Year, Continue To Pretend the Deficit Doesn't Matter appeared first on Reason.com.