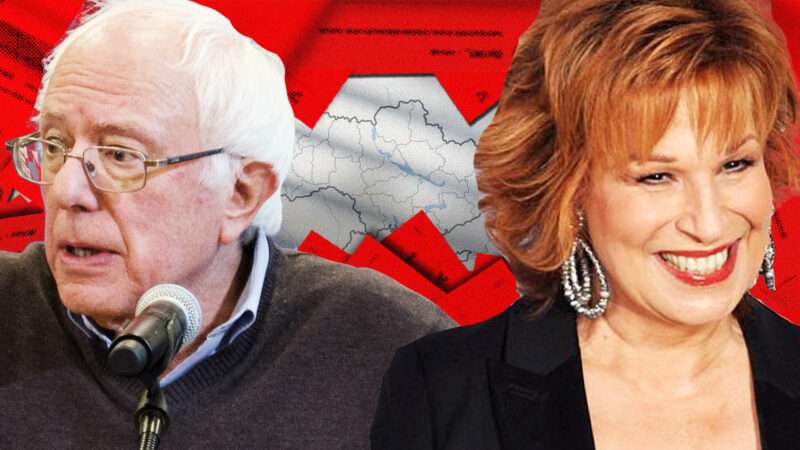 Whenever something Earth-shattering and awful happens, we’ve come to expect grifters, celebrities, and attention whores to go to the mattresses with the dumbest and most-self-obsessed takes imaginable.

That’s all well and good—Viva free speech!—but we shouldn’t stand for that from the “serious” people—the activists, media figures, and policymakers who keep telling us how smart, informed, and wise they are.

So here’s a word to the would-be wise: You don’t have to serve up glib, instamatic replies that would make Joy Behar wince in the hopes of building a consensus for your pre-existing obsessions.

Former Wisconsin governor and perennial Republican presidential contender Scott Walker doesn’t have to turn a hot war into a hot take about Joe Biden and immigration, of all things.

John Kerry—Joe Biden’s special envoy for climate change—doesn’t have to drag the topic immediately back to the melting Arctic ice pack.

Democratic members of Congress like Rep. Eric Salwell don’t have to propose “kicking every Russian student out of the United States” right this very moment. And Republicans like Rep. Adam Kinzinger can just say no to no-fly zones that would absolutely be an act of war.

War hysteria is a real thing and it drives decent people to stupidity, madness, and worse. When America declared war on Germany during World War I, people all over the country killed dachshunds out of patriotic fervor.

Walter Jones was the North Carolina congressman who got the House cafeteria to rename french fries as “freedom fries” after France refused to join our 2003 invasion of Iraq. Within a couple of years, he regretted not just his culinary intervention but his support for Operation Iraqi Freedom and spent the rest of his life apologizing for a catastrophic military action based on bad intelligence.

War is complex and filled with unexpected outcomes. Will the rush, say, to cut everyday Russians out of the global economic system have its intended effect, or will it simply increase the scale of human suffering and the resolve of the aggressor? Past wars teach us the folly of quick decisions and courses of action informed by bad information and emotion.

Our elites—especially our elected leaders—can leave the glibness to the rest of us and maybe, just maybe, think before they swarm social media like Russian tanks driving deep into Ukraine.

Written and narrated by Nick Gillespie. Edited by Regan Taylor.