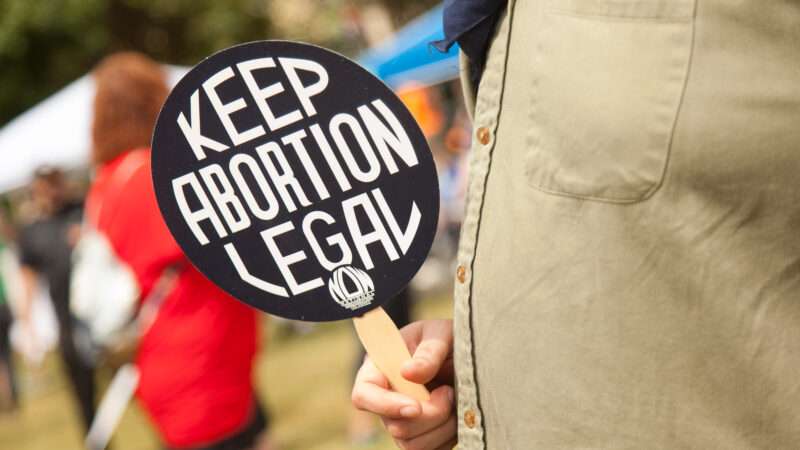 Mail-order pills and trips out of state are helping Texas women who want to terminate a pregnancy but can’t under the state’s new abortion restrictions. The controversial Texas law bans abortions after fetal cardiac activity can be detected, which means just a few weeks after conception and before many women may know they’re pregnant. Researchers found that in the first month after the law was passed, abortions in Texas were down 49.8 percent from the same month the previous year.

Some visited abortion clinics in neighboring states. Almost 1,400 Texans a month traveled out of state for abortions, according to research from the Texas Policy Evaluation Project at the University of Texas at Austin. The researchers based this figure on patient counts from abortion facilities in Arkansas, Colorado, Kansas, Louisiana, Mississippi, New Mexico, and Oklahoma.

“These data undercount the total number of Texans receiving care out of state since we did not obtain data from 10 facilities in these states, and it does not include Texans who have traveled to other U.S. states for care since September 2021,” the researchers point out.

Others obtained abortion-inducing drugs by mail. According to a study published in JAMA Network Open, “demand for self-managed abortion through Aid Access increased substantially in Texas” after SB8 took effect. “An initial high increase then leveled off to a more moderate but sustained increase over pre–SB 8 levels.”

For this finding, researchers looked at data from Aid Access, a group that prescribes abortion via telemedicine. “Overall, Aid Access received 1831 requests from Texas for self-managed abortion in September 2021,” the researchers report.

In the first week after the law took effect, requests from Texans spiked from an average of 10.8 per day to 137.7 requests. In the three weeks that followed, “requests decreased from their peak, but remained 245% higher than the pre–SB 8 baseline.”

From October through December 2021, Aid Access received an average of 29.5 requests from Texans per day.

The results of these two studies suggest that some women will continue unwanted pregnancies when abortion is banned, but many others will find ways around the prohibition. And in an era of abortion-inducing drugs and telemedicine, this is likely easier than ever before to do.

The latest Human Progress podcast offers a history of free speech “from Socrates to social media”:

Against regulating social media networks like phone companies. A new paper from the Competitive Enterprise Institute (CEI) warns against regulating social media companies as common carriers, a disastrous plan that’s nonetheless gained a following on the right. “Common carriers” include things like railroads, phone companies, and package delivery services, all of which are subject to strict regulations that prohibit discriminating against any types of customers or users. If social media were regulated like a common carrier, it would mean these companies couldn’t discriminate against content they found objectionable.

“Making nearly all objectionable content mandatory for platforms to carry would likely drive users away from platforms altogether, fundamentally undermining their business model,” said CEI Center for Technology and Innovation Director Jessica Melugin in a statement. “Such a mass exit would decrease the social communication that is the central reason for the consumption and use of social media. That unintended consequence is precisely the opposite of the supporters of regulation’s stated goal—the preservation and flourishing of freedom of expression online.”

• In case you missed it yesterday, Russia has released its demands:

I’m open to alternate interpretations from actual experts but:

This looks like a massive MASSIVE step-down for Putin’s ambitions in this war. He’s losing and he knows it.

It’s not a *good* deal for Ukraine but we should treat it as the beginning of an essential off-ramp. https://t.co/CalwOVC9Ok

• Seizing super yachts is not the best way to help Ukraine, suggests Matthew Yglesias. And the west’s focus on Russian billionaires “may be distracting it from formulating a more realistic strategy for defeating Putin and restoring Ukraine.”

• Is Texas sending a woman to die for a crime that never happened?

• “In recent months US politics has seen a resurgence of Luddite populism,” laments Louis Anslow at The Daily Beast.

• Angel Ortiz spent two extra years in prison because, as someone on New York’s sex offender registry, he couldn’t find a place where he was legally allowed to live.

• “We were not at the start of something brilliant and beautiful, but in the middle of a very short in-between,” writes Peter Savodnik, reflecting on the early days after the fall of the Soviet Union and the end of the Cold War and what American has become in the intervening decades.

• A Biden executive order on cryptocurrency is expected to come this week.

• “I Came to College Eager to Debate. I Found Self-Censorship Instead”: University of Virginia student—and Reason contributor—Emma Camp writes about her college experience in The New York Times.

The post How Texas Women Are Circumventing the State's New Abortion Law appeared first on Reason.com.