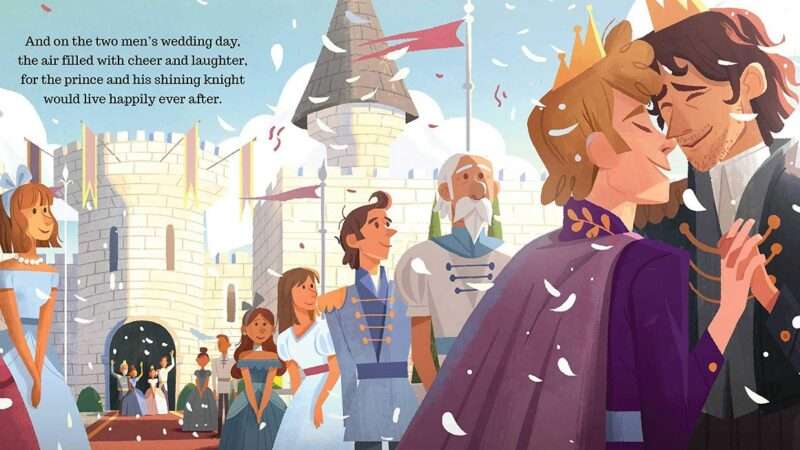 Idaho lawmakers are threatening librarians and some other educational employees with fines and even jail for exposing minors to material the government deems harmful.

Idaho, like most states, has a law that makes it a crime to expose or provide to youths under the age of 18 material that includes nudity, sexual conduct, or sadomasochism either in imagery or description. The penalty for violating the law is a fine of up to $1,000 and up to one year in jail.

There are a number of affirmative defenses that people are permitted to use if they’re charged with violating the law: if the defendant reasonably believed the minor was actually of legal age (they had a false I.D., for example); if the minor is accompanied by a consenting parent or guardian; and for the moment, if the defendant is an employee of a library, school, university, museum or similar educational organization serving in his or her capacity as an employee.

A bill that passed Idaho’s House (51-14) Monday would eliminate the library and educational institution exception. H.B. 666 (no, really), would simply strike out the part of the law that provides a defense for school and museum employees and librarians and replaces it with nothing at all. This has left librarians worried that they could be subjected to criminal penalties for any works that present nudity or sexual contact regardless of the context.

Existing Idaho law establishes that this restriction doesn’t apply to a work that “possesses serious literary, artistic, political or scientific value for minors, according to prevailing standards in the adult community, with respect to what is suitable for minors.”

And so, in this new culture war reboot of 1980s-era LGBT panic, a law that determines what is and isn’t harmful based on the “prevailing standards in the adult community” is a political minefield that defies a consistent or even coherent definition. The Idaho Capital Sun reported from a hearing on the bill last week where parents brought books they’ve encountered with LGBT content and declared that it should count as obscene or pornographic regardless of whether it even contained any sort of nudity or sexual content:

One parent was upset that her daughter encountered a library book that depicted a romance between a prince and a knight who slay a dragon together and are supported by their community.

“How did we go from ‘Pollyanna’ to drag queen for the kids? My daughter’s innocence was violated,” parent Kara Claridge told legislators. “But what happens when kids start acting on these graphic behaviors put forth in these books?”

Yes, we are back to this bizarre belief that homosexuality or bisexuality is not caused by a complex set of genetic and biological factors but by kids being exposed to works that treat gay people the same as straight people. Just reading about gay people violates a child’s innocence and will simply cause children to decide to turn gay.

This, of course, is not true, and it’s particularly strange for all of this to return to the culture wars given that gay marriage and relationships are now fully legal across all 50 states and are treated the same as heterosexual marriages under the law. Most Americans—and even a majority of Republicans—support the legal recognition of same-sex relationships.

The vagueness is clearly partly the point. If lawmakers actually had to list specific works they found obscene then they’d have to deal with the specific defenses of those works (things like the legality of same-sex relationships and medical and psychological endorsement of trans treatments). By simply creating a risk of prosecution, libraries will remove works out of fear of getting arrested and having to defend the right to provide access to these works. It’s not unlike the “Don’t Say Gay” bill in Florida that threatens schools with potentially costly civil prosecutions for violating vaguely defined prohibitions against discussion sexual orientation and gender identity. The vagueness is intended to make schools think twice about allowing discussion of the topic at all in order to make sure they don’t get into legal hot water. The Florida bill just passed today and has been sent to Republican Gov. Ron DeSantis for his signature.

In these “for the sake of the children” culture war fights, inevitably the adults reveal that it’s never about what is or isn’t obscene or even culturally accepted (because, again, we like the gays now). It’s about what they personally approve of. A quote from Monday’s House vote summed it up nicely:

“I would rather my 6-year-old grandson start smoking cigarettes tomorrow than get a view of this stuff one time at the public library,” said Republican Rep. Bruce Skaug (Nampa).