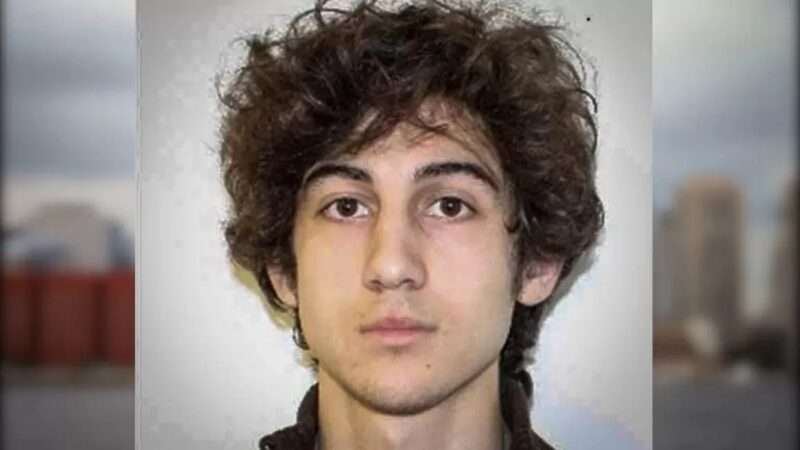 President Joe Biden promised he would end the federal death penalty during his campaign. Last Friday, the Supreme Court sent him a message: They’re not going to do it for him.

In a 6-3 ruling, the Supreme Court restored the federal death penalty sentence against Dzhokhar Tsarnaev for his role in assisting his brother, Tamerlan, in orchestrating the Boston Marathon Bombing in 2013.

Tsarnaev had been sentenced to death by a jury, but in 2020 the U.S. Court of Appeals First Circuit threw out the capital sentence. The judges determined that the judge overseeing sentencing erred by not adequately screening the jurors for how much media they had consumed about Tsarnaev and whether they had already developed an opinion about him. In addition, Tsarnaev had tried to convince the jury to spare him by pointing the finger to his brother (who died when the two of them were fighting and attempting to flee from police) as the mastermind. The judge allowed the defense but did not allow the introduction of evidence that showed Tamerlan may have previously been involved in a triple homicide in Waltham, Massachusetts. The Court of Appeals ruled the judge abused its discretion here and ordered a new sentencing trial.

At the same time that Tsarnaev’s lawyers were going through the lengthy process of appealing his sentence, Biden was campaigning for the presidency. As part of his criminal justice reform platform (and part of the 2020 Democratic Party’s platform), he promised to support the elimination of the federal death sentence.

Then Biden won, and remarkably, his Department of Justice turned to the Supreme Court to defend the death penalty sentence for Tsarnaev and lobbied for it to be restored. On Friday, the Supreme Court ruled accordingly in a pretty clear ideological split, with only Justices Stephen Breyer, Sonia Sotomayor, and Elena Kagan dissenting.

To be clear, the appeals court had only ruled that a new sentencing trial needed to take place. Tsarnaev was still considered guilty and is most certainly never going to be a free man ever again. The majority of Supreme Court justices, though, ruled that the judge did not abuse discretion and overruled the appeals court. Justice Clarence Thomas concluded in the majority decision: “Dzhokhar Tsarnaev committed heinous crimes. The Sixth Amendment nonetheless guaranteed him a fair trial before an impartial jury. He received one.”

Over the past few years, Breyer and Sotomayor have been raising alarm bells about how executions are being carried out and attempting to urge the Supreme Court to take on more of defendants’ appeals, generally with little luck. It’s somewhat telling of the Supreme Court’s current attitude toward the death penalty that the court did take on an appeal from the federal government for the purpose of restoring a death sentence.

This is far from a precedent-setting verdict. It’s fundamentally about the extent of a court’s discretion and supervisory oversight. It was never really going to be about the legitimacy of the death penalty (though Breyer does mention in his dissent that the issues in this case demonstrate “the problems inherent in a system that allows for the imposition of the death penalty”).

It does, then, show that the Supreme Court is not going to reconsider whether the death penalty is constitutional. Even though Kagan signed on the dissent, she made sure to note that she excluded herself from Breyer’s lament about the overall application of the death penalty.

And so it is up to Congress and President Biden to bring about an end to the federal death penalty if that’s what they choose to do. The Department of Justice under Biden has implemented a moratorium on executions, but it’s a self-imposed one that they can just as easily lift, and it’s difficult to treat seriously given that the same Department of Justice under the same administration fought to restore Tsarnaev’s death sentence.

As for Congress, who could via legislation eliminate the use of the death penalty, there’s a bill introduced in the House by Rep. Ayanna Pressley (D–Mass.) that has gone nowhere. It has 78 co-sponsors, only one of which is a Republican (Rep. Peter Meijer of Michigan). The Senate version of the bill is also going nowhere and has 19 co-sponsors, all Democrats. Given the partisan logjam of the Senate, it seems very unlikely that the federal death penalty will be eliminated legislatively any time in the near future.

If Biden is actually committed to his campaign promise, he can commute the sentences of each of the 44 people currently on federal death row to life in prison. But as C.J. Ciaramella noted after Biden’s State of the Union address last week, the president has done little to keep any of his campaign promises on criminal justice reform. The way things stand now, if Biden isn’t even willing to consider commuting these sentences, it’s safe to say that he is satisfied to just make sure they aren’t executed on his watch.

The post If Biden Is Serious About Ending the Death Penalty, He Should Start Commuting Sentences appeared first on Reason.com.