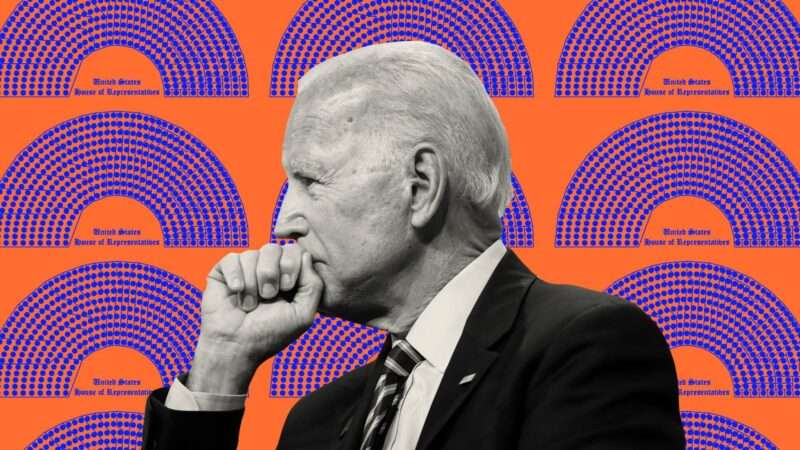 When members of Congress, the Cabinet, and the Supreme Court entered the U.S. House Chamber for President Joe Biden’s State of the Union address on Tuesday night, they were almost entirely unmasked. Cursory attempts at social distancing were quickly abandoned—and after Biden finished his speech, the country’s highest elected officials shook hands and hugged and breathed in each other’s faces like it was 2019.

In the remarks themselves, Biden heralded an end to the era of COVID-19.

“Thanks to the progress we have made this past year, COVID-19 need no longer control our lives,” said Biden.

It’s fascinating that the president would even make this concession; as recently as one month ago, many Democrats and their allies in the mainstream media assailed Republican-controlled municipalities for easing up on pandemic restrictions. But then some focus group polling convinced Democratic strategists that the American people were losing patience, and the party abruptly changed course. (The fact that the vaccines held up well against the omicron surge, at least in terms of severe cases, also helped.)

But it’s worth repeating that even now—with the Biden administration heralding a nearly universal return to normal, and Democratic officials celebrating with few masks in sight—there remains a key U.S. demographic languishing under strict mask mandates: school children in some cities controlled by Democrats.

Indeed, in Washington D.C., Mayor Muriel Bowser announced on Tuesday that students would no longer be required to wear masks while outside. This means, of course, that masks are still required inside the schools.

It’s gratifying that children can finally discard their masks while playing sports or enjoying outdoor recess; it’s also infuriating that it took this long for officials to throw in the towel. But most of the school day is spent indoors, where D.C. students are still expected to wear masks.

There is no justification for this whatsoever. Young people are not at serious risk of a negative COVID-19 health outcome: Unvaccinated kids and teens are safer from the disease than older Americans who are vaccinated. They are much safer than members of the U.S. House of Representatives (average age: 57), Senate (average age: 62), or Supreme Court (average age: 64). If Biden’s State of the Union guests don’t have to mask indoors, why should kids?

Biden appeared to understand that schools can and should drop pandemic restrictions immediately.

“Our schools are open,” he said. “Let’s keep it that way. Our kids need to be in school.
And with 75 percent of adult Americans fully vaccinated and hospitalizations down by 77 percent, most Americans can remove their masks, return to work, stay in the classroom, and move forward safely.”

The post If COVID-19 Is Over for Congress, It Should Be Over for School Children Too appeared first on Reason.com.

77 thoughts on “If COVID-19 Is Over for Congress, It Should Be Over for School Children Too”