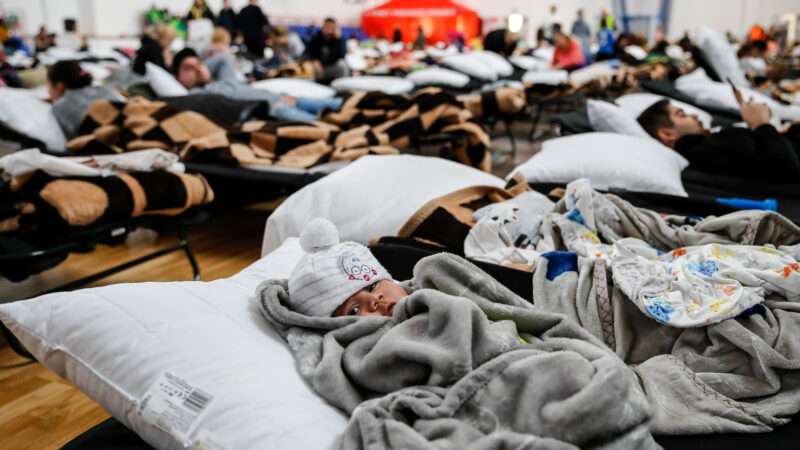 Countries across Europe had taken in roughly 600,000 Ukrainian refugees as of March 1 following Russian President Vladimir Putin’s ordered invasion of Ukraine. However, nonwhite people fleeing Ukraine claim that ethnic Ukrainians are receiving priority over people of African and Asian descent who were working and living in Ukraine when Russia invaded.

Rachel Onyegbule, a Nigerian student studying in Ukraine, told CNN that she and other non-Ukrainians were forced off a bus at the Polish border and made to wait while their seats were given to ethnic Ukrainians. “More than 10 buses came and we were watching everyone leave. We thought after they took all the Ukrainians they would take us, but they told us we had to walk, that there were no more buses and told us to walk,” Onyegbule told CNN.

An Indian medical student who had nearly finished medical school in Ukraine when Russia invaded told CNN, “They allow 30 Indians only after 500 Ukrainians get in. To get to this border you need to walk 4 to 5 kilometers from the first checkpoint to the second one. Ukrainians are given taxis and buses to travel, all other nationalities have to walk.”

ABC News reported Wednesday that third-country nationals who have made it from Ukraine into Poland have been physically harassed by ethno-nationalists.

The United Nations High Commissioner for Refugees posted a statement on Twitter calling for equal treatment of all refugees regardless of ethnicity. “As numbers of refugees fleeing Ukraine increase by the hour, it is crucial that receiving countries continue to welcome all those fleeing conflict and insecurity – irrespective of nationality and race – and that they receive adequate international support to carry out this task,” the statement reads.

The recent history of immigration through Eastern Europe is rife with ethnic discrimination. Hungarian President Viktor Orbán has used anti-immigrant sentiment to consolidate political power, and Poland has accused Belarus of using migrants from the Middle East and North Africa as leverage against the European Union.

In December, Dalhousie University researchers Raluca Bejan and Salim Nabi wrote in The Conversation that E.U. policy allowed Belarus to take advantage of the Dublin Agreement by opening its borders to migrants to cross into the E.U. through Poland. The Dublin Agreement attaches asylum claims to migrant point-of-entry into the E.U. Therefore, if a migrant were to first arrive in Poland, he would have to file for asylum there and not proceed to Germany, for example.

Alexander Lukashenko, who has ruled Belarus since 1994, is believed to have opened the border to migrants as retaliation for E.U. sanctions that followed his squashing of protests against his 2020 reelection.

In 2017, the E.U. attempted to relieve pressure on overburdened Southern European countries by proportionally relocating Middle Eastern and North African migrants across the E.U. Poland and Hungary refused to participate.

Eastern European countries say they are reluctant to take in migrants because they lack the infrastructure necessary to provide adequate housing and services. They argue that countries such as France have a greater capacity to deal with this problem.

Europe’s difficulties absorbing Middle Eastern and North African refugees and immigrants have bolstered right-wing parties and governments across the continent. It’s no wonder, then, that Russia’s invasion of Ukraine has brought out both the best and worst in Europe’s ethno-nationalists.

Filippo Grandi, the U.N. high commissioner for refugees, has asked Eastern European leaders to treat third-country nationals as they do ethnic Ukrainians. “There should be absolutely no discrimination between Ukrainians and non-Ukrainians. Europeans and non-Europeans. Everybody is fleeing from the same risks.”