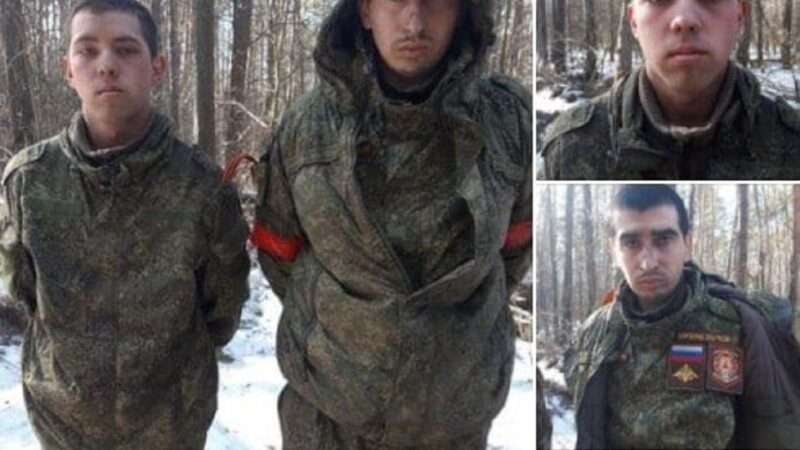 Economist Timur Kuran has an excellent idea for how the US and its European allies can help Ukraine resist Russia at little cost to ourselves:

Don’t assume Russian soldiers and officers like what they are doing. Some—we can’t know many, because preference falsification is inherently invisible—must be willing to break ranks, if only they have options. Let EU and NATO countries offer asylum to Russian military defectors.

Kuran, author of Private Truths, Public Lies: The Social Consequences of Preference Falsification, is the world’s leading expert on “preference falsification” – the effects of situations where people have incentives to misrepresent their true beliefs. And there is good reason to believe that many Russian soldiers indeed would prefer not to be fighting Ukrainians. Political scientist Jason Lyall, an expert on defense issues, has a helpful summary:

Russia’s invasion of Ukraine has stumbled out of the starting gate. Gambling on rapid marches to force a quick surrender in Kyiv, the Russian army appears shocked by Ukrainian resistance. While still grinding forward, Russian operations have been plagued by poor coordination, snarled logistics lines and a curious reluctance to deploy all elements of Russian military power, including air power…..

Why has Russia struggled? While analysts have mostly focused on hardware and doctrine, many of Russia’s problems can be traced to a single source: low morale….

Evidence is mounting that many Russian soldiers are reluctant to fight.

Social media is littered with videos of lost and hungry soldiers looting, begging for food or ditching their tanks and trucks. Captured soldiers have expressed confusion about the war’s purpose and have surrendered once they discovered they were not on a training exercise. Hundreds of armored vehicles have been abandoned or captured by Ukrainian forces and, in at least one case, by a local farmer.

Many of Russian equipment losses have been because of abandonment and capture, not destruction. Indeed, dozens of videos of lines of stranded military equipment can be found on TikTok. Russian military authorities have threatened physical abuse or worse to enforce discipline in some units.

The rest of Lyall’s article details the causes of many Russian troops’ low motivation, and describes ways in which morale problems impede the Russian military’s effectiveness.

A shift in incentives from a situation where surrender is likely to mean eventual repatriation to Russia (where they may face disgrace and possible punishment) to one where it means a life of vastly greater freedom and prosperity in the West could significantly increase the number of Russian soldiers who decide to give up. Fear that their subordinates are angling for an opportunity to defect might also sow doubt and distrust in the minds of Russian commanders, thus further undermining morale and effectiveness.

The US and other NATO allies should take up Kuran’s idea. And they should publicize the offer of asylum as much as possible, using social media, leaflets dispersed by Ukrainian forces, and any other possible methods of communication. Every Russian soldier should be made aware that surrender means a better life for them in the West.

Yes, there is always the risk that a Russian  who surrenders and clams asylum might turn out to be some sort of spy or saboteur planted by the Kremlin. But people given access to classified information or jobs requiring security clearances, must undergo  extensive screening, whether they are immigrants or not. And if Vladimir Putin wants to insinuate spies or saboteurs into the US whose job it is to find openly available information or target facilities open to the public, realistically he has many other ways of doing so.

There are several other ways in which the US and its allies can use immigration and refugee policy to combat Putin and and ease the suffering caused by Russia’s war of aggression. I plan to write about them in detail soon. For now check out these articles by Robert Zubrin in National Review, and Reason’s Fiona Harrigan (here and here).

UPDATE: The Ukrainian government has offered  “amnesty” and a payment of five million rubles each (about $48,000) to any Russian soldiers who surrender and turn over their weapons and equipment. Economist Bryan Caplan suggests some ways the European Union can improve this policy, along lines similar to the ones I described above:

On the surface, this sounds like a sweet deal, but on reflection, it’s anything but. Put yourself in the shoes of a Russian soldier. First, you have to elude the [Russian] Army, knowing you could be shot for desertion. Then, you have to surrender without getting killed by Ukrainians. After that, you’re stuck in prison; maybe they’ll deposit you in a regular POW camp, complete with Russian loyalists ready to kill you when the guard’s not looking. Wherever you languish, you know your fate hinges on the outcome of the war…

I admire the creativity of the Ukrainian proposal. Enticement to desert should be a standard part of military strategy, but hardly ever is. But let me propose a Version 2.0 to better fulfill the intent of the original offer.

Version 2.0: The EU, in cooperation with Ukraine, offers $100,000 plus EU citizenship to any Russian deserter. Russians can either go directly to the EU, or surrender to Ukrainian forces for speedy transport to the EU border.

The key gain: Deserters no longer have to gamble on Ukrainian success. As long as they escape from the Red Army’s zone of control, they survive. A much better gamble.

Extra benefits: Instead of going to a Ukrainian prison or POW camp, you get to enjoy freedom in the EU. And the EU is far more likely to swiftly hand over the promised monetary bounty.

How much of a burden is this on the EU? Chump change, really. Even in a magical scenario where all of the roughly 200,000 Russian troops in the vicinity take the deal, $100,000 per soldier is a mere $20 billion. That’s less than one-fifth of what Germany now plans to spend on defense in 2022 alone. It wouldn’t be crazy to go up to $1,000,000 per deserter. You could even do a classic multi-tier offer, where the first 10,000 deserters get a million bucks each to compensate for the high initial risk, followed by lower payments for late-leavers who get to desert in comparative safety.

The Ukrainian offer is actually a bit better than Bryan suggests. It includes “amnesty” for those who surrender, which suggests they will not have to languish in a prison or POW camp. Still, their ultimate fate could easily include repatriation to Russia, where they might face punishment. Alternatively, they would stay in Ukraine, where they could potentially be captured by Russian forces, depending on how the war goes. Bryan’s idea improves on the Ukrainian policy. And the payment idea – as developed by the Ukrainians and Bryan – improves on my own and Timur Kuran’s proposal for asylum, but without payments.

4 thoughts on “Offer Asylum to Russian Soldiers Who Surrender [Updated]”