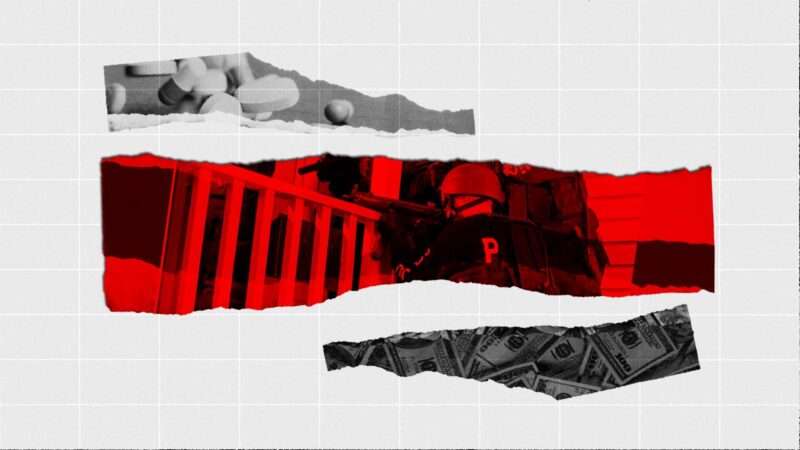 A prosecutor is injecting new life into the idea that you can buy your freedom in the U.S. criminal legal system.

I mean that literally. As an assistant Jefferson Commonwealth’s Attorney in Louisville, Kentucky, Joshua Porter charged Patrick Card in 2019 with multiple counts of drug trafficking after the St. Matthews Police Department and the Jefferson County Sheriff’s Office seized a collection of marijuana and pills from his home. As the Kentucky Center for Investigative Reporting (KCIR) noted, the government seized more than that, taking a total of $380,000 and three Rolex watches. They also froze a bank account with $123,000 belonging to Card’s parents, who had not been charged with a crime.

It didn’t take long for Porter to change that. The prosecutor pivoted to Card’s family and indicted his wife, father, and mother, the latter of whom police had come to help after she called 911 and reported her son for a domestic disturbance. But the charges against his family—which included drug trafficking and complicity to traffic drugs—came appended with a near-immediate way out.

The next day, Porter sent a deal: Forfeit the assets we seized, and we’ll drop the charges against your family.

Card declined, setting in motion a legal odyssey that ended in October of last year. The dubious charges against his family were ultimately dismissed, as were the charges against Card himself. But to meet that end, he still had to pay a steep price: Though the government would return the watches and unfreeze the bank account, it would keep $305,050 of the cash.

The case is a study in the nexus between civil forfeiture and coercive plea bargaining, where the former is not only a cash grab meant to keep law enforcement coffers full but is also a tool used to pressure criminal defendants into buckling. It’s difficult to defend yourself when the government seizes your means to do so. That becomes a bit darker when the state also appears to leverage your loved ones as pawns.

Consider the case of Carl Nelson, a former real estate transaction manager for Amazon who had almost $1 million taken by the FBI during the course of a federal investigation into whether or not he facilitated shady deals in return for millions of dollars in illegal kickbacks. Two years into that probe, no charges have yet been filed. But the government didn’t need to secure an indictment to take the family’s assets, which ultimately required the Nelsons to sell their house, liquidate retirement, and move into his wife’s sister’s basement apartment with their four children.

“If you can’t afford to defend yourself, let alone feed yourself,” Amy Sterner Nelson told me last month, “it becomes complicated.” The bureau recently agreed to return $525,000 to the family.

Civil forfeiture “very often doesn’t involve underlying criminal charges,” says Dan Alban, an attorney at the Institute for Justice (IJ), a public interest law firm. “The police just seize someone’s money, whether they’re traveling with it, or seize it from their bank account, and that basically puts the onus on the owner to try to get their property back.”

In that vein, Card may relate with the Nelsons when considering why he caved to the state. “I was exhausted and it was taking a toll on my ability to be mentally, physically and emotionally here for my wife and cousin that lives with us,” he said.

The practice isn’t uncommon and, as the Nelsons’ case illustrates, it doesn’t require the government to land an indictment, much less a conviction, if police show there is merely a reason to suspect that various assets were used in the commission of a crime. According to a recent report by IJ, law enforcement has seized at least $68.8 billion from the public over the last two decades, and they get to keep the proceeds.

But apart from the profit motive, Card’s case is a reminder that civil forfeiture is good for something else: bending defendants to the government’s will.

The post Prosecutor Extorts $300,000 Out of Alleged Drug Dealer by Threatening His Entire Family with Charges appeared first on Reason.com.