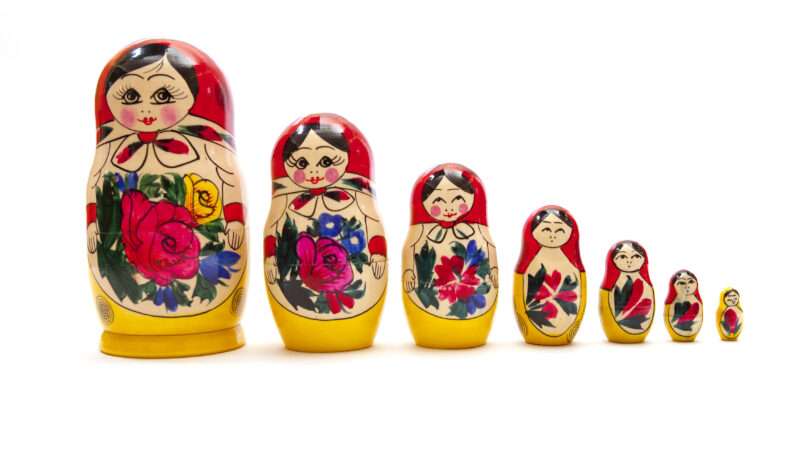 Russia is getting deplatformed from the world. The war in Ukraine is in many ways a traditional military clash involving tanks, missiles, diplomats, and supply lines. But nonstate actors have started taking sides—well, taking one side—in ways that the world hasn’t seen before, with private sector businesses and international organizations responding to Russia’s attack on its neighbor by cutting ties with Moscow, and in some cases sacrificing huge sums of money. Combined with the sanctions imposed by the United States and Europe (and perhaps motivated by them too), this mass exodus of foreign capital is demonstrating how the market can punish even powerful states for dangerous and unjustified behavior.

Shell, General Motors, BP, and other major firms have announced plans to leave Russia. FedEx and Germany-based shipping firm DHL are suspending deliveries to Russia, and Denmark-based Maersk, the world’s largest container shipping company, says it is considering suspending all shipments to Russia.

“Companies are basically saying, ‘We don’t want to be part of this,'” Nick Tsafos, an expert on energy and geopolitics at the Center for Strategic and International Studies, tells The Washington Post. The Post notes that some of these moves are being made despite huge costs: Shell is abandoning several joint projects with Russia-based Gazprom, sacrificing more than $3 billion.

When the Cold War ended, Bloomberg reports, businesses poured into Russia to take advantage of a freshly open market with millions of new customers and the country’s vast natural resources. The past few days have been a stunning reversal of that same rush, with energy companies, major international law firms, and exporters either announcing plans to scale down their operations in Russia or exit the country entirely:

The list of those cutting ties or reviewing their operations is growing by the hour as foreign governments ratchet up sanctions against Russia, close airspace to its aircraft and lock some banks out of the SWIFT money messaging system. With the ruble plunging and the U.S. banning transactions with the Russian central bank, operating in Russia has become deeply problematic. Some companies have concluded that the risks, both reputational and financial, are too great to continue.

The exodus is not limited to “hard” industries like energy and banking. Entertainment companies and the organizers of international sporting events have moved swiftly to exclude, cancel, and ban Russia. Disney is canceling all future film releases in Russia. The upcoming Batman film will not be released in Russia, Warner Bros. announced. And Netflix said Monday that it will not comply with new Russian rules requiring that it carry state television programming, a decision that will likely result in the streaming service being banned from Russian internet networks.

Even FIFA, the hideously corrupt international body that governs global soccer and organizes the World Cup, is taking action against Russia. After several European national teams said they would refuse to play Russia in upcoming World Cup qualifying matches, FIFA announced on Monday that it would give Russia the boot.

We are witnessing the first geopolitical ‘cancellation’ of the 21st century.

Thankfully, some companies that may help ordinary Russians survive what is likely to be a devastating economic collapse are refusing the join the parade. Binance and Coinbase, the world’s two largest cryptocurrency exchanges, have promised not to unilaterally ban all Russian users.

In a statement to Vice, Coinbase said it would work to block “accounts and transactions” linked to targets of sanctions but would allow other Russians to use the service. “Our mission is to increase economic freedom in the world,” the company said via a spokesperson. “A unilateral and total ban would punish ordinary Russian citizens who are enduring historic currency destabilization as a result of their government’s aggression against a democratic neighbor.”

That’s a tricky balance to strike, but one that both governments and private actors must keep in mind as the war continues along both state-based and nonstate fronts. Sanctions and economic warfare will devastate Russian civilians who have nothing to do with—and in many cases actively oppose—their government’s horrific actions in Ukraine. War always comes with collateral damage, of course, but steps should be taken to limit that fallout. Companies cutting ties with Russia should follow Coinbase’s example whenever possible—though that’s not really feasible for nontech firms like BP and Shell.

Meanwhile, Western nations imposing sanctions should also provide an open door to any Russian citizen who wants to escape the economic punishment being aimed at the Putin regime.

This is just one of many innovative measures being considered to complement economic sanctions now in place ????????????????

Was life better before smartphones? It’s popular to condemn technology for all manner of psychological and social ills, but Matt Ruby offers a few—or, well, actually a lot—of counterpoints. Via his Substack, The Rubesletter:

I used to get lost all the time. I’d ask for directions, look for landmarks, fold maps, carry a guidebook, and keep an atlas in the glove compartment. I never knew when the next train was coming. I waited around a lot.

I memorized phone numbers, jotted things down in notebooks, had conversations with taxi drivers, talked to random people at bars, wrote checks, went to the bank, and daydreamed. I was grossly inefficient and terribly bored. I rarely got what I wanted and, when I did, I had to wait at least 8-10 days for it to be delivered. I was not archived, nor was I searchable; things I said just disappeared forever.

President Joe Biden will deliver the State of the Union address tonight, and he may even pay some lip service to deficit hawks. “President Biden will call on Congress to send him legislation that lowers costs of everyday expenses working families face and lowers the deficit by rewarding work, not wealth,” the White House said in a fact sheet distributed to reporters in advance of the speech.

That’s an acknowledgment of domestic political reality. After a year of trying and failing to convince Sen. Joe Manchin (D–W.Va.) and other moderate Democrats to support Biden’s deficit-inflating “Build Back Better” plan, the White House is apparently ready to try a different approach.

• A family that escaped Afghanistan in August is now caught up in the refugee crisis unfolding in Ukraine.

• “Make the State of the Union boring again.”

• Russia may have committed a war crime by using a so-called vacuum bomb in Ukraine.

• Periodic reminder that nationalism is collectivist and gross:

This is all nationalism has ever been: Using people as political pawns, cannon fodder, and buffers. pic.twitter.com/DJLhgVskzv

• Remote work is proving to be more persistent than expected.

• Don’t forget to wear your mask and maintain social distancing while huddling in your nuclear fallout shelter.

The post Russia Is Getting Canceled appeared first on Reason.com.

6 thoughts on “Russia Is Getting Canceled”