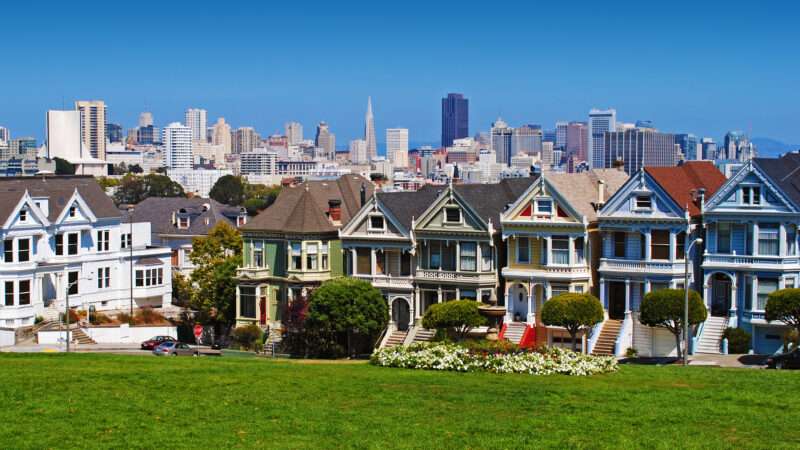 In a rather genius gambit, San Francisco politicians are warming to the idea of preserving single-family-only zoning in practice by completely abolishing it on paper.

At a Monday meeting of the San Francisco Board of Supervisors’ Land Use and Transportation Committee, supervisors considered three different proposals to legalize four-unit homes (fourplexes) across the city’s residential neighborhoods.

In addition to legalizing fourplexes citywide, Mandelman’s bill wouldn’t place any affordability requirements on the new units produced. People could sell or rent them at whatever the market will bear. That earned him some criticism from Supervisors Gordon Mar and Ahsha Safai.

Both have proposed fourplex bills that would keep single-family-only zoning on the books. Instead, they’d create special density bonus programs that allow people to build four-unit homes on single-family lots in exchange for selling or renting some or all of the new units out at below-market rates.

The lack of affordability requirements in Mandelman’s bill earned him some criticism from Mar in particular at Monday’s meeting, who accused him of offering a “neoliberal” proposal that wouldn’t produce the lower-income housing the city really needs.

Mandelman countered that he wasn’t a neoliberal, but he was a realist who recognized that developers and homeowners weren’t going to convert new housing into fourplexes if they had to sell them at a steep discount. (On that point, he’s in agreement with both city planning staff and housing policy experts.)

The fact that Mandelman’s proposal abolishes single-family zoning and forgoes price controls on new units seems to make it the most free market of the fourplex legalization bills on offer, right? Not so fast.

Because his bill eliminates single-family zoning, it nullifies California’s recently passed S.B. 9. That law allows property owners to split their single-family zoned lots in two and build a duplex on each half—permitting four homes where only one could go previously.

But if San Francisco gets rid of its single-family zoned lots, as Mandelman is suggesting, then S.B. 9 can’t apply anywhere.

One might ask “what’s the big deal?” given that Mandelman is ultimately proposing to legalize the same number of units per lot (and even more on corner lots).

The trouble is that while his bill replicates the zoning reforms of S.B. 9, it ditches its equally important process reforms. The law’s requirement that duplexes be ministerially approved would be a huge improvement over San Francisco’s existing permitting process.

San Francisco is an “extreme outlier” in how long it takes to approve new housing, according to one recent study prepared for the California Air Resources Board. That study, as reported by the San Francisco Examiner, found that it took the city an average of 27 months to approve new projects. That’s the longest of any city in California. In neighboring Oakland, it took just five months on average to approve a new project.

A big reason for these extraordinary approval times is a feature of San Francisco’s permitting process called discretionary review, which gives the city’s planning commission the power to condition or deny effectively any building permit.

Any old gadfly can also request the discretionary review of a project. That makes it an ideal tool for anti-development activists to stop new housing in their new neighborhood or for business owners to stop new competitors from setting up shop down the street.

The upshot is that people trying to do something totally legal—whether that’s build a code-compliant single-family home or convert an arcade repair shop into an arcade bar—can end up having to go through rounds of neighborhood meetings and public hearings just to get their permits.

Builders of large apartments are less deterred by discretionary review because they can spread the costs across a lot of new units, she says. But “if you’re talking about a duplex, that’s a cost that will generally kill the project.”

Places that ministerially approve duplexes and smaller residential projects tend to get a lot more of them, Hamilton tells Reason.

She gives the examples of Palisades Park, New Jersey, which has permitted far more duplexes than its neighbors despite having similar zoning and market conditions. The reason is that Palisades Park approves duplexes ministerially, while its neighbors have more discretionary approval processes.

That same report says that discretionary review is most frequently used in the city’s lower density residential zones. And it’s precisely in those areas where city politicians are trying to legalize fourplexes.

For Mandelman and supporters of his ordinance, the preservation of discretionary review is a feature, not a bug. His fourplex bill would “allow for the same increases in density…while retaining our local design review,” he said at Monday’s committee meeting.

“I’m wary of not moving forward with something that won’t give us local control,” she said at Monday’s meeting. “There are things that are important to San Franciscans. The ability to weigh in with conditional use, to look at design guidelines. Those things are important and I would like to keep those things.”

Zoning reformers have criticized that element of Mandelman’s bill, arguing that the increased densities it would allow don’t make up for the arduous approval process it reimposes.

“It’s not a good enough trade-off,” said Rafa Sonnenfeld, director of legal advocacy at YIMBY Law to the San Francisco Chronicle. “It’s the most basic way of getting around the law. I believe San Francisco has one of the longest review periods of any city in the state.”

A number of cities and towns around California have been doing their level best to escape the provisions of S.B. 9. Their efforts have been coming under increased scrutiny and even threats of legal action from state officials, who are proving increasingly willing to flex the enforcement powers state housing law gives them.

San Francisco could be on the receiving end of that same scrutiny if they do end up passing a fourplex ordinance that expands discretionary review, says Chris Elmendorf, a professor at U.C. Davis School of Law.

State law requires cities to produce housing elements that plan for enough housing to meet a city’s projected housing needs. Those housing elements must also identify barriers to housing production and come up with programs to eliminate those barriers.

As mentioned, San Francisco’s previous housing element fingered discretionary review as a constraint on development. California’s Department of Housing and Community Development (HCD) has also already told San Francisco that it expects the city to reform its permitting process in its next housing element that’s scheduled for completion at end of this year.

HCD “has already fired the shot. They said, look we know this is a problem, don’t pretend that it’s not,” Elmendorf says. “All this sets up a fight over the city’s housing plan, especially if the city does things like expand discretionary review right after the state has taken it away.”

At worst, San Francisco runs the risk of having its housing element rejected by the state. That could see the city lose housing and infrastructure funding.

More radically, Elmendorf says it would also trigger another provision of state law that prevents cities without compliant housing elements from using their zoning codes to deny projects that come with a certain number of below-market-rate units. That would theoretically permit a developer to build a project with unlimited density.

San Francisco politicians’ efforts to protect the city’s low-density neighborhoods from too many fourplexes could end up forcing it to allow towering residential skyscrapers in the same areas instead.

So far, no one has used this “builder’s remedy.”

That’s partly because the state has previously shown little interest in enforcing its own housing laws on noncompliant local governments. Market conditions also generally haven’t made building apartments with units below market-rate a profitable endeavor.

Additionally, California’s ever-increasing land costs make it more feasible for developers to profitably build projects that include affordable, below-market-rate units. (Because the market-rate units can rent for so much, a developer can afford to take more of hair cut on the few discounted units.)

Elmendorf cautions that this “builder’s remedy” is still untested, and there are a lot of fuzzy legal issues about its extent. Any attempt to use it would likely end up in court. It also wouldn’t do much good for smaller residential projects that are still made infeasible by affordability requirements.

Still, it introduces the potential for San Francisco’s plan to route around state housing law to spectacularly backfire.

Whether that risk will spook city supervisors enough into leaving S.B. 9 in place remains to be seen. Monday’s hearing ended with a vote to continue consideration of all three fourplex proposals at a future committee meeting.

The post San Francisco's Efforts to Block Duplexes Could Force It To Allow Skyscrapers Instead appeared first on Reason.com.