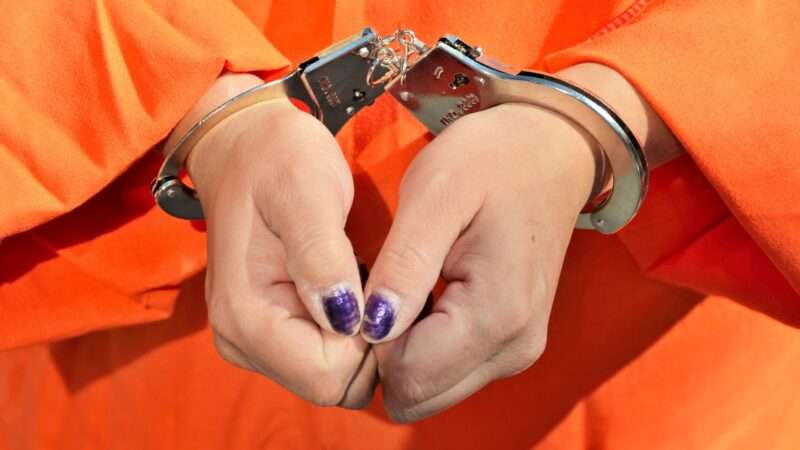 If you ask President Joe Biden, the Violence Against Women Act (VAWA)—passed as part of former President Bill Clinton’s 1994 crime bill, with expansions authorized every few years since—was an unabashed good that single-handedly taught Americans to take domestic violence seriously. This supremely overstates the case (as I’ve written about at length). In fact, the VAWA’s overreliance on law enforcement approaches and cop-centric solutions crowded out less carceral alternatives to addressing violence and created problems for many victims.

“VAWA married anti-violence feminists to the violent state,” wrote journalist Judith Levine and Northeastern Illinois University professor Erica R. Meiners in their 2020 book The Feminist and the Sex Offender. The act “overwhelmingly leans on arrest and prosecution—in other words, criminalization, an option that fails to serve many women.”

But in a surprising twist, the latest VAWA update actually addresses state violence against women. Introduced in the U.S. Senate last month, the Violence Against Women Act Reauthorization Act of 2022 contains sections on improving conditions for women in federal custody and “closing the law enforcement consent loophole.”

The new VAWA proposes a broad range of reforms for women in federal custody, including better access to menstrual products and a pilot program to let women who give birth while in federal prison not have their babies taken from them.

To this latter end, the law would “establish a pilot program…to permit women incarcerated in Federal prisons and the children born to such women during incarceration to reside together while the inmate serves a term of imprisonment.”

The bill would take several steps to address the needs of incarcerated parents and pregnant women. These include:

Other provisions in this section address the special health and hygiene needs of female prisoners, including a directive to “ensure that all prisoners have access to a gynecologist as appropriate” and to “ensure each prisoner who requires [menstrual] products receives a quantity the prisoner deems sufficient.” (Inadequate provision of sanitary products has been a major complaint of incarcerated women across the U.S.)

The measure also addresses weird rules regarding visitors with periods. Some prisons have banned women wearing tampons or menstrual cups from visiting, claiming that these could be used to smuggle in contraband. The new VAWA would stipulate “that no visitor is prohibited from visiting a prisoner due to the visitor’s use of sanitary products.”

The bill would also address more general health and hygiene needs. It would train correctional staff on recognizing and responding to trauma, and order that “essential hygienic products, including shampoo, toothpaste, toothbrushes, and any other hygienic product that the Director determines appropriate” are made available to prisoners without charge.

The female jail and prison population has been exploding in recent decades. It would of course be nicer if Congress would address some of the root causes of this—like the war on drugs and increasingly militant policing of prostitution—instead of tweaking the experience of people once they’re confined. Still, taking steps to ensure better treatment of those who are incarcerated in federal prisons is a good thing, as is the bill’s mandate that the Bureau of Prisons keep better track of the demographics of women imprisoned, why they’re there, and for how long.

It does so by amending Section 2243 of the U.S. criminal code—a portion prohibiting “sexual abuse of a minor or ward”—to also include prohibiting sex with “an individual in Federal custody.”

Section 2243 currently prohibits knowingly engaging in sexual activity with someone who is between ages 12–15, is in official detention, or is “under the custodial, supervisory, or disciplinary authority of the person so engaging.” To this, the new VAWA would add a prohibition on anyone “acting in their capacity as a Federal law enforcement officer” to knowingly engage “in a sexual act with an individual who is under arrest, under supervision, in detention, or in Federal custody.”

The law enforcement loophole section would also authorize the U.S. attorney general to make grants to any state that makes it a crime “for any person acting under color of law of the State to knowingly engage in a sexual act with an individual who is under arrest, in detention, or otherwise in the actual custody of any law enforcement officer” and “prohibits a person charged with [doing so] from asserting the consent of the other individual as a defense.”

And it would collect information on the number of reports made to state and federal law enforcement agencies that this had happened and how these cases were resolved.

Speaking of loopholes: A section present in the failed 2021 reauthorization that Biden referred to as the “boyfriend loophole” has been removed from the 2022 version.

This controversial measure would have drastically expanded the VAWA’s provisions by stretching the term intimate partner to cover not just spouses, domestic partners, or co-parents, but also any “person who is or has been in a social relationship of a romantic or intimate nature” with an alleged victim.

This change would’ve allowed the federal government to restrict or ban gun ownership by anyone convicted of a misdemeanor crime of domestic violence (a broad category that can include “offensive touching”).

This section was removed to give the broader package a better chance of passing.

From ‘Proarrest’ to ‘Offender Accountability’

There are still plenty of problems with the VAWA reauthorization—including a language change that isn’t fooling anyone.

Some of the main criticisms of the VAWA are that it orients money mainly toward law enforcement responses to domestic violence and has made grant money contingent on police having mandatory or “proarrest” policies. This means police either must or are strongly encouraged to make arrests when responding to a domestic disturbance report, even if an alleged victim does not want it.

Initially, the VAWA favored grant recipients with policies that mandate arrest; this was later changed to policies that encourage or mandate arrest. But even these proarrest policies can be damaging and have drawn ample criticism. Perhaps that’s why the latest version strikes “proarrest” from a section authorizing grants “to implement proarrest programs and policies in police departments.” However, the replacement language seems to be just a fancier way of saying proarrest policies.

Elsewhere, the latest VAWA would remove the word “mandate” from language saying grants will go to those who “encourage or mandate arrests of domestic violence offenders.”

All in all, the massive VAWA reauthorization would continue or strengthen many negative carceral elements of earlier iterations. But the bill’s focus on addressing violence against women by government actors—instead of simply seeing law enforcement officers as women’s saviors—is a small step in the right direction.

The post The New Violence Against Women Act Aims To Protect Women From <em>State</em> Violence appeared first on Reason.com.