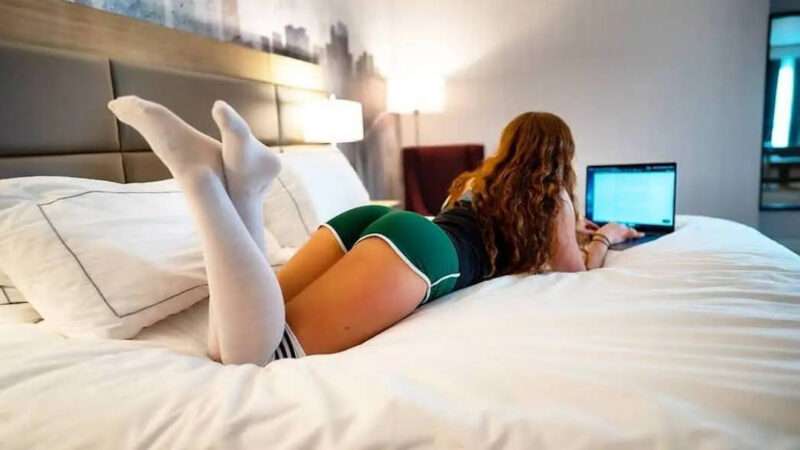 There’s an abundance of evidence that a 2018 law aimed at sex advertising has been bad for sex workers, bad for victims of exploitation, and bad for free speech online. To top that off, it’s also been unnecessary for fighting crime; the Government Accountability Office even admitted as much last year. Nonetheless, some lawmakers and activists keep blithely insisting—without a shred of evidence—that the Allow States and Victims to Fight Online Sex Trafficking Act (FOSTA) did good. Others like to pretend FOSTA doesn’t exist as they continue to use the same excuse (protecting children) to push the same solution (amending the internet liability law known as Section 230).

But a few members of Congress are bucking this trend. They’re at least willing to consider the possibility that they messed up in passing FOSTA.

To this end, they’re backing legislation that would further study the effects of FOSTA and of the Justice Department’s shutdown of websites—like Backpage and Rentboy—popular for sex worker advertising.

The SAFE SEX Workers Study Act of 2022 would order the Department of Health and Human Services “to conduct a study to assess the unintended impacts on the health and safety of people engaged in transactional sex, in connection with the enactment of [FOSTA] and the loss of interactive computer services that host information related to sexual exchange.” It would also require the U.S. Attorney General to “report on human trafficking investigations and prosecutions in connection with the same.”

In the findings section of the bill, the lawmakers explain (with a shocking lack of moral panic) how the government’s war on sex work advertising has caused a number of reported harms, and how FOSTA—intended to stop sexual violence and exploitation—may have actually increased it.

Upon FOSTA’s passage in early 2018, “websites preemptively shut down, some directly citing the law’s passage as the rationale for closure,” it notes. And after FOSTA passed (but before it was signed into law), the Department of Justice seized the classified ad site Backpage.com and arrested its founders, similar to what it had done with Rentboy.com a few years before. Yet “while these websites and individual accounts have been closing down, there has been no national investigation rigorously examining the impact of losing access to these platforms on the health and safety of people in consensual, transactional sex work.”

“Regional and anecdotal information from health and safety service providers and sex workers has pointed to significant impacts on the health and safety of people who engage in consensual, transactional sex,” the lawmakers notes. These include reports of increased homelessness of sex workers, reduced ability to take safety precautions such as screening potential clients, and more reports of violence against sex workers.

“Many sex workers have turned to street-based work, which has historically involved higher rates of violence than other forms of transactional sex,” they point out. “With this new level of precarity, isolation, and vulnerability, there is substantial anecdotal evidence that members of the sex work community are more frequently being contacted by third parties seeking to engage in management activities.”

“These consequences weren’t anticipated by many of the people who voted for the bill,” Khanna—one of just 25 House members and two senators who voted against FOSTA—told me last time this legislation was introduced. But whatever their intentions, the actual result “was draconian. It did not just go after bad actors; it went after sex workers’ livelihood and safety.”

While getting enough votes to repeal right away was unlikely, he hoped getting more data on FOSTA’s effects would be unobjectionable—and useful for eventual repeal. “Just like in the war against drugs, that we were able to push back—particularly on marijuana convictions—based on many studies and data, the hope here is that once we have this data, it will convince people that FOSTA/SESTA was an overreach and then we will have a consensus to repeal it,” Khanna said in 2019.

Unfortunately, even that proved too much a few years ago. Will this time be different?

Techdirt editor Mike Masnick, who has written frequently about FOSTA, is skeptical. When it comes to sex trafficking, Congress just “wants to pretend to care about these issues so it can get headlines and go on TV to look serious about how it’s ‘solving’ these problems. Whether or not they actually solve any problems is very much besides the point,” writes Masnick. “Hopefully this cynical take is proven wrong,” but “I’m not holding my breath.”

The post The Sex-Ad Law FOSTA Was a Mistake. Some Lawmakers Want to Fix It. appeared first on Reason.com.